Canadian soldiers will be travelling to Louisiana for training amid pandemic 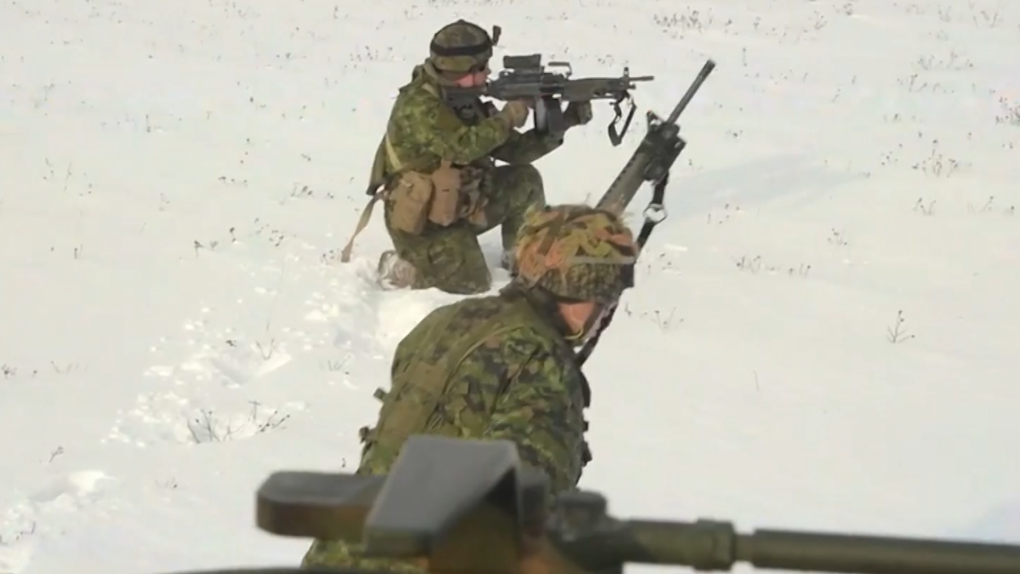 EDMONTON -- Soldiers from the Princess Patricia’s Canadian Light Infantry (PPCLI) unit will be travelling to Louisiana at the end of February for training.

The third battalion of the PPCLI will be undergoing non-combatant evacuations operation training. This is for situations when Canadians are stuck in a country with an unstable situation and the army is called in to help them evacuate to a safe place.

“We are aware that this is COVID times, which has been very stressful, but we have not stopped training,” said Colonel Wade Rutland, Commander of the First Canadian Mechanized Brigade Group.

The Mechanized Brigade Group is currently building capacity and aims to be ready to be deployed when needed by July 1.

At the end of February, the third battalion, consisting of 500 soldiers, will be travelling to the Joint Readiness Training Centre in Fort Polk, Louisiana.

“They are a fully immersive, stressful, very realistic training opportunity that is geared towards light forces like PPCLI,” said Rutland.

“They will be working with the kind of allies we would actually work with overseas or in an EU operation.”

The Canadian soldiers will be working with a unit from North Carolina during their training.

Louisiana has reported a daily average of 3,102 COVID-19 cases over the past week, according to the New York Times.

Before leaving Canada, PPCLI soldiers will be undergoing 14 days of isolation, four days at home and 10 days at the Canadian Armed Forces base in Suffield. They will be taking private busses and a chartered plane to the U.S. where more private busses will take them to Fort Polk.

“No one will be encountering anybody but that sort of COVID-free tunnel we’re creating right into the base. While on that base they’ll be interacting with soldiers undergoing that exact same type of isolation and entry into the facility,” said Rutland.

“We feel very confident that soldiers will be safe, their families will be safe when they get back, and they’ll have a great training experience.”

The base at Fort Polk has been using this method for various other training exercises during COVID-19, according to Rutland.

He also said that soldiers have their own cohort groups and will be using precautions when interacting with anyone outside of those groups.

“There’s nothing we do that’s really different than the average Canadian population, we’re just really strict at following them. We’ve far upped the amount of hand-washing stations. Whenever we eat now… we actually take the food off in boxes and they get served by a proven-safe person.”

The soldiers travelling will not have gotten their COVID-19 vaccinations, but that is not due to vaccine shortage, according to Rutland. The army has a priority list for vaccinations, like the general public, and so far only front-line healthcare workers have been vaccinated.

The additional public safety measures will increase the cost of the trip by around $650,000, but Rutland believes it will be worth the extra cost.

“I think this is a case of need, we need to do the training to satisfy the mandate to help Canadian this summer or later.”

The battalion is expected to return around the end of March.