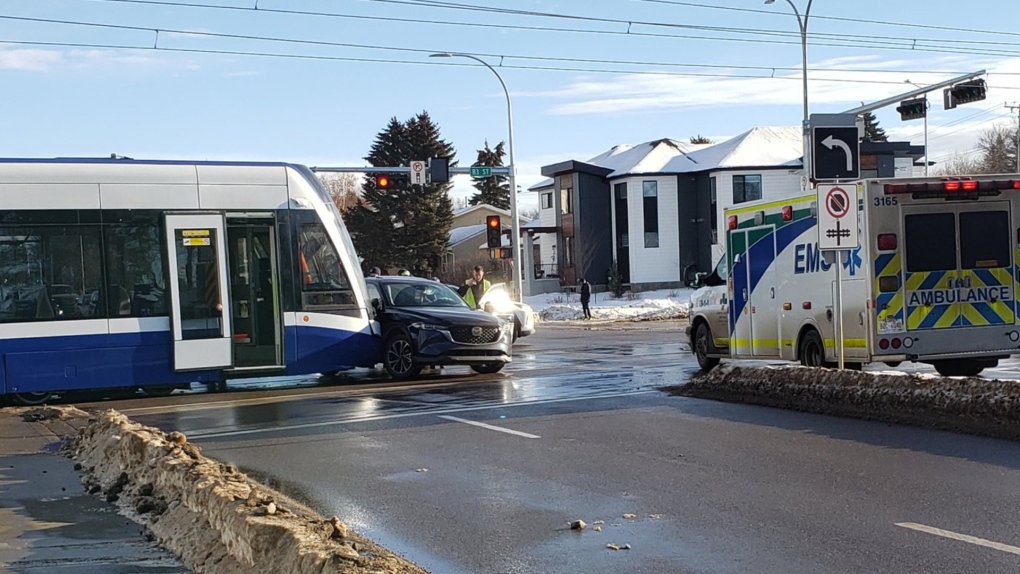 A vehicle crashed into a Valley Line LRT car on a red light on Saturday, Jan. 21, 2023 (Source: Steve Chan/Twitter).

In a statement, the Edmonton Police Service said officers were called to the crash at 82 Avenue and 83 Street around 12:35 p.m.

Investigators say the LRT and vehicle were both travelling southbound on 83 Street when the car reportedly turned right at a red light.

A male passenger in the car was taken to hospital as a precaution.

No other injuries have been reported to police.