EDMONTON -- One hundred years ago, Edmonton elected its first female councillor, whose legacy remains unknown to many even a century later.

A project driven by the YWCA and Parity YEG hopes to shed some light on the trail Izena Ross blazed for past, current and future women leaders.

“About a year ago I was going to a Parity YEG event and thought, ‘Who was the first female councillor in Edmonton?’” Katherine O’Neill, YWCA CEO said.

“It seemed like a simple question, but when I Googled it there were no simple answers.”

That one Google search sparked a year-long hunt for information about Ross. It also inspired a project that will not only celebrate her service, but the service of the 30 other women who followed in Ross’s footsteps, O’Neill told CTV News Edmonton.

“As women, our stories are often not told,” O’Neill said.

“We’re in a municipal election year. We need to tell these stories. We are still so far from gender parity, [we need this project] to help keep us motivated and inspired to keep moving forward.”

Izena Ross was elected Dec. 12, 1921. A black-and-white photo from a newspaper clipping is the only proof of her service.

“The fact that her stories have been lost to history, we want to rectify that,” O’Neill said. 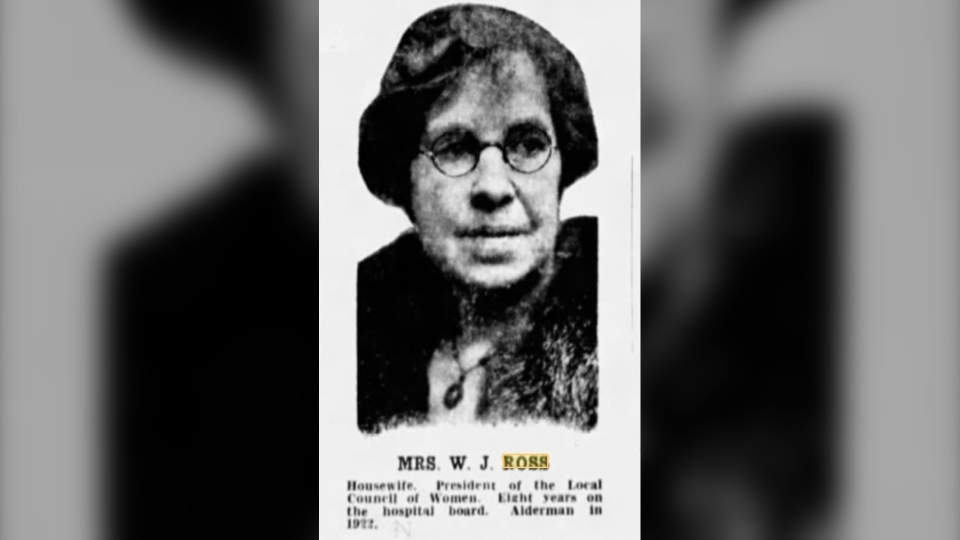 YWCA board member Lisa Holmes told CTV New Edmonton that she has been searching for more information on Ross for months.

“She was so brave at a time when there was so much opposition to women being in leadership roles,” Holmes commented.

“She stepped up and put her name forward and surpassed everyone’s expectations of what a woman could do."

Rajah Maggay, co-chair of Parity YEG, explained to CTV News Edmonton that there’s still work to do to address the longstanding imbalance at Edmonton city hall in regard to female figures.

“We haven't even reached other milestones, like getting a woman of colour elected onto city council, and you think, ‘What are we doing wrong? What aren't we doing?'”

Maggay said that 13 women have already filed their papers for Edmonton’s 2021 election and that’s a step in the right direction.

“There’s so many amazing women in our community. You look to your right, you look to your left and you can see them right beside you. I feel encouraged when I see pretty substantial political figures coming forward.”

Maggay also understands why some women may be hesitant to put themselves in the cross-fire of a political future.

“There’s that imposter syndrome. We question our qualifications a bit more,” she said.

“We’re also asking these female candidates to make themselves vulnerable to the potential harassment online, that can be incredibly toxic and it just makes the whole process of becoming a politician really unappealing.” 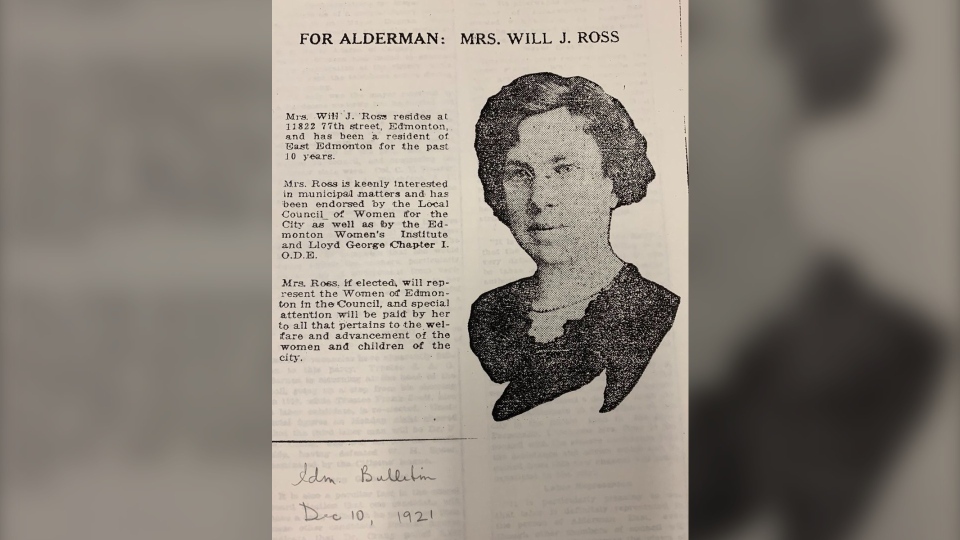 The women telling Ross’ story and the stories of the 30 other female leaders in Edmonton is just the beginning.

“We have to keep nudging them a bit forward to let them know that they’re the community leaders we’ve been waiting for,” Maggay said.

“In the future the women of today will be documented and they will have archives, and they’ll be able to tell their own story to future generations,” Holmes added.

“We want to leave a lasting legacy when we finish here,” O’Neill said. “We want to be able to give this story to the city and we want to keep building it.”

Those who are interested in exploring Ross’ history can start with the small green space that’s dedicated to her along Fort Road.

More questions will also be explored in a monthly podcast called “Searching for Izena: ‘Unwomanly’ Stories of Female Leadership at Edmonton City Hall.”