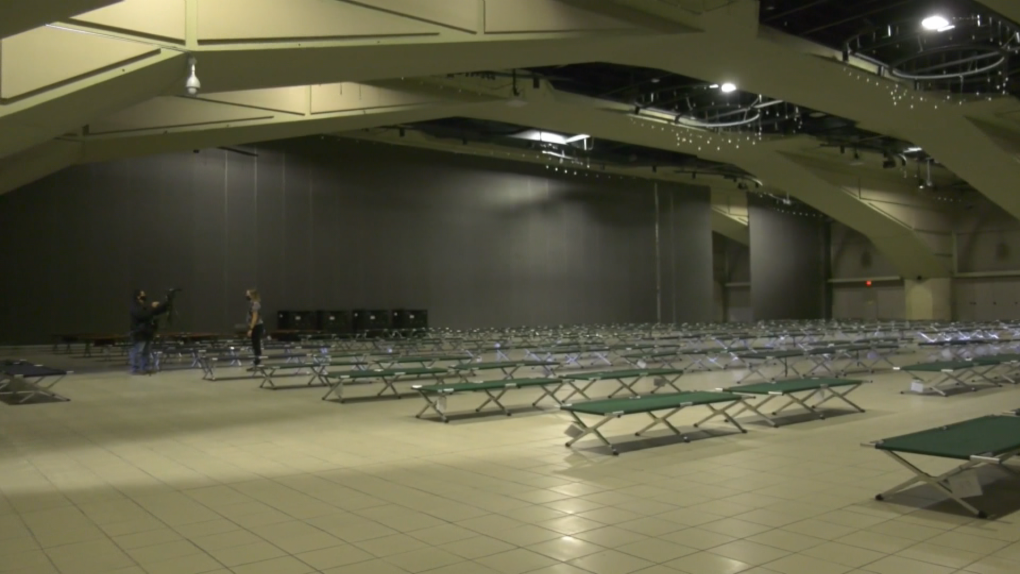 Once fully operational, the Edmonton Convention Centre's pandemic shelter will house about 300 people.

EDMONTON -- The City of Edmonton has confirmed that the Tipinawâw shelter at the Edmonton Convention Centre is still on track to operate until March 31.

It provided accommodations for many people who lived at Camp Pekiwewin near Re/Max Field in the river valley over the summer, or the Peace Camp in Old Strathcona.

City administration is working with partners to find options to transition those using the space in an orderly manner.

A report that is scheduled to be presented to the city’s executive committee on Monday will be released on Friday to answer questions about the timeframe of the operation.