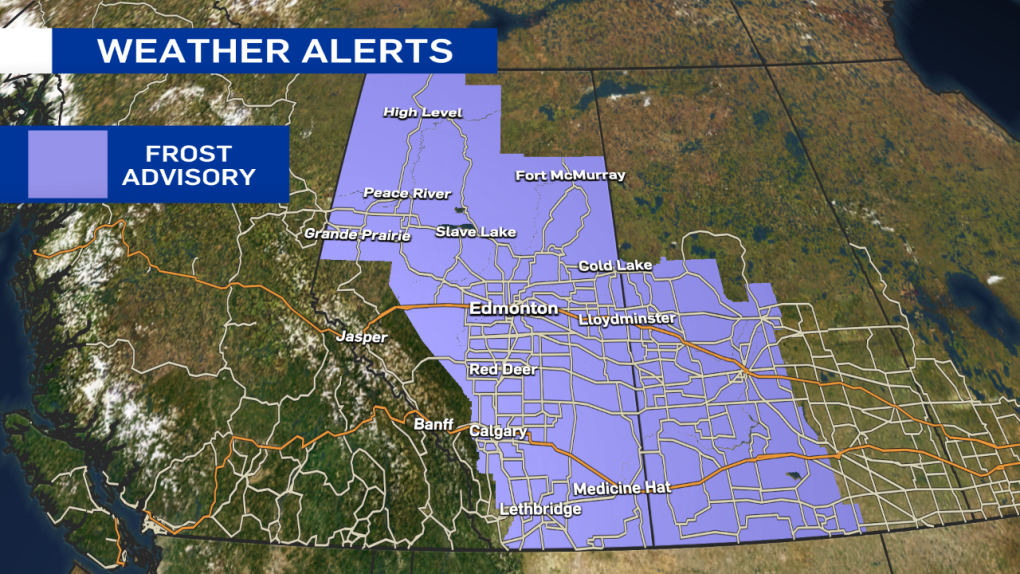 A Frost Advisory has been issued for most of Alberta including the City of Edmonton and surrounding regions.

While temperatures in the city are expected to just slightly above zero, some low-lying areas and parts of the suburbs could see patchy light frost early Friday morning.

This likely won't be a hard, killing frost for most areas around Edmonton. In fact, even in northern Alberta, morning lows shouldn't be much colder than the 0 to -3 range.

Temperatures will rebound to the upper teens by Friday afternoon and morning lows are expected to well above zero through the weekend and into early next week.

So, at least for Edmonton and area, this advisory will be a one-off and isn't expected to be a recurring theme over the next 5 to 10 days.

On the day Saskatchewan asked the federal government for help to deal with surging COVID-19 hospitalizations, Premier Scott Moe granted the province could have acted sooner on a renewed mask mandate or proof-of-vaccination policy.

A gang that kidnapped 17 members of a U.S.-based missionary group, including one Canadian, is demanding US$1 million ransom per person, although authorities are not clear whether that includes the five children being held, a top Haitian official told The Associated Press on Tuesday.

A group of quick-thinking young men were forced to get creative by using their turbans as a makeshift rope to help rescue a pair of hikers in a Metro Vancouver park earlier this month.