COVID-19 in Alberta: 887 new infections as variants near 40 per cent of active cases 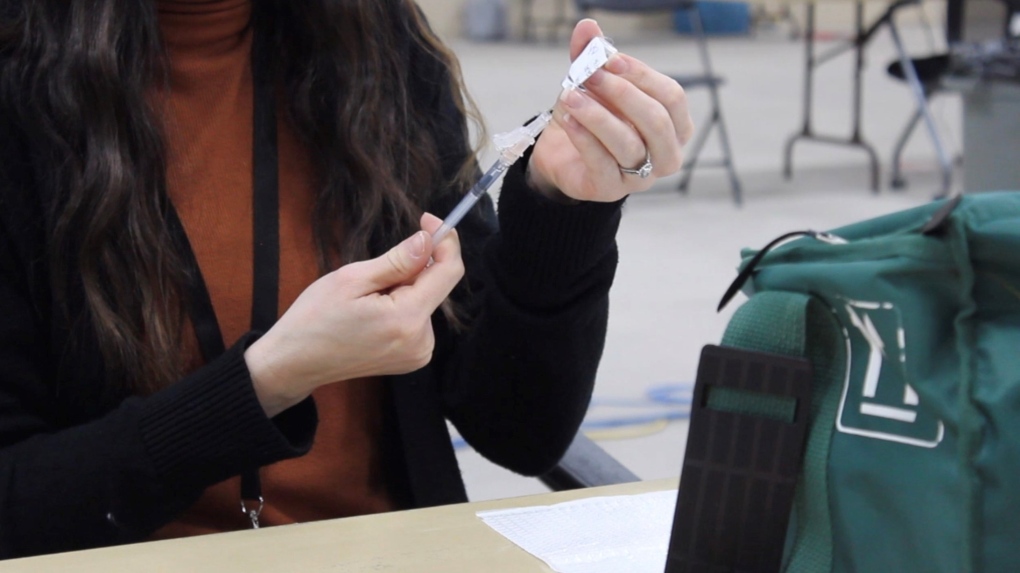 An Albertan receives a COVID-19 vaccination through AHS.

Test positivity sharply increased Monday at 9.89 per cent, the fourth highest value of the pandemic. Test positivity has now exceeded eight per cent for the last four straight days.

And, active cases have now grown by 1,767 since the start of April.

The number of hospitalizations due to COVID-19 remained over 300, with 312 patients receiving care, up from 277 on March 28. The number of COVID-19 intensive care unit patients now sits at 75, the highest since early February.

Four more Albertans were reported to have died since April 1, bringing the province's death toll to 1,998.

That rapid rise has been fueled by variant cases, which now make up 39.2 per cent of all active cases, an increase from 27.2 per cent registered last Monday.

The province typically reports R-Values by region to start the week, but did not on Easter Monday.

Alberta Health says more than 707,000 doses of COVID-19 vaccine had been administered by the end of Sunday. That number represents 13.4 per cent of Alberta's population and includes more than 116,000 second doses.

"Clearly we can't keep doing what we've been doing and expect thing to change and so as a starting point something has to change," said infectious disease expert Lynora Saxinger.

"I really think this is a tipping point that' really concerning."

Dr. Deena Hinshaw, the province's chief medical officer of health, will return for a full-update on Tuesday.