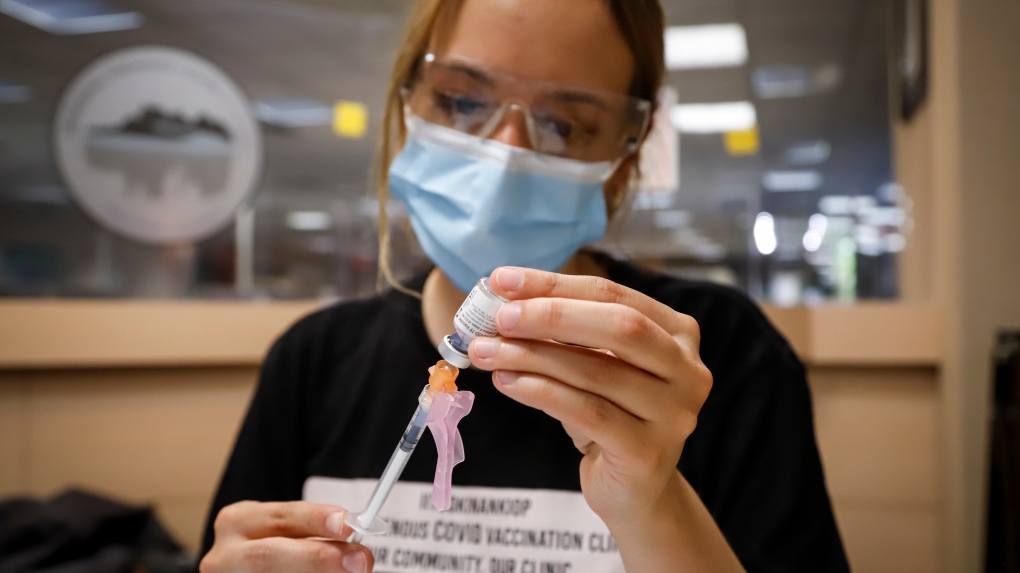 A nurse prepares a shot at a vaccine clinic for the homeless in Calgary, Alta., Wednesday, June 2, 2021. THE CANADIAN PRESS/Jeff McIntosh
Edmonton -

Hospitalizations due to COVID-19 remained relatively stable in Alberta Tuesday evening as the province recorded more than 700 new cases over the past four days.

Alberta recorded 743 new cases over that stretch but the number of COVID-19 patients in hospitals and intensive care units changed only slightly over that time.

There are 90  COVID-19 patients in Alberta hospitals, a decrease of one since Friday. Twenty-three patients are receiving care in intensive care units, four more than four days ago.

The province's death toll remains at 2,328 after no new deaths were reported over the long weekend. The last death was recorded on July 29.

The seven-day average for the province's test positivity rate rose to 3.13 per cent, about where it was mid-June. On July 29, the province limited testing to symptomatic individuals only. Testing will be limited to primary care and high-risk settings at the end of the month.

Among eligible Albertans, 76 per cent have received a first dose of COVID-19 vaccine and 65.8 per cent have gotten a second shot.