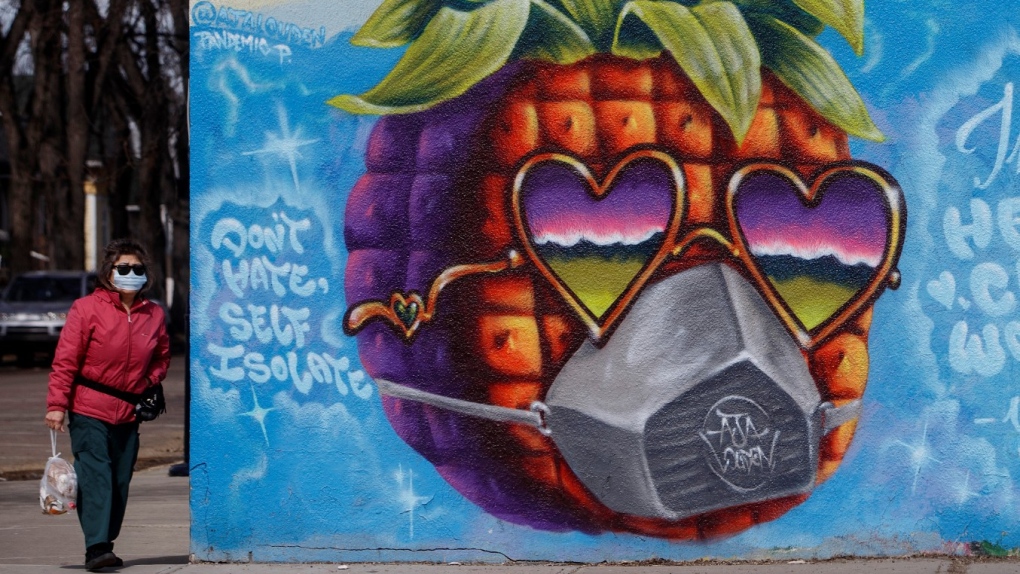 A person wearing a protective face mask walks past a mural during the COVID-19 Pandemic, in Edmonton Alta, on Wednesday April 15, 2020. THE CANADIAN PRESS/Jason Franson​

The increase is the largest since Feb. 4 and brings the total number of cases to 138,036.

There are now 4,594 active cases with the province's seven-day moving average 4,654.

Alberta also recorded a 4.80 per cent positivity rate based on just over 8,800 tests.

There are currently 254 Albertans in hospital, including 35 in intensive care units, due to COVID-19.

There have now been 854 variant cases reported in Alberta, including 70 reported Saturday, all of them the variant first identified in the U.K.

Variant cases require a second screening of a positive test meaning the daily reported number is a mix of current and historical cases.

More than 345,000 doses of COVID-19 vaccine had been administered in Alberta at the end of Friday.

Phase 2A of the vaccine rollout is slated to begin on Monday. It will include:

AstraZeneca vaccines are also now available to Albertans born between 1957 and 1961, as well as First Nations, Metis and Inuit born between 1972 and 1986.