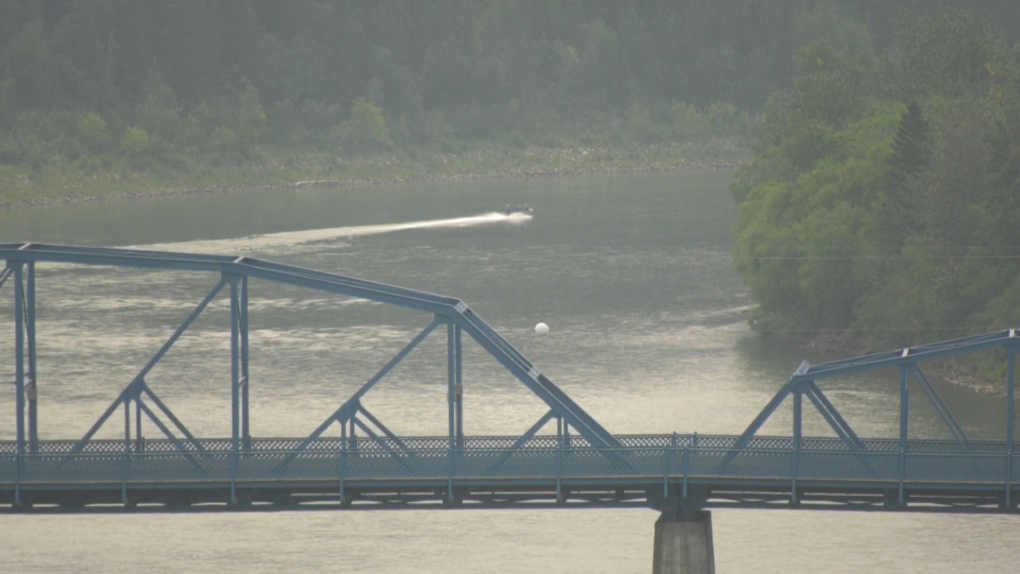 Firefighters and police searched for a male swimmer that was last seen Saturday evening  just downstream of the Dawson Bridge.

Crews were called out to locate a swimmer in the North Saskatchewan River who went under the water and did not resurface around 6 p.m. Saturday. Multiple witnesses helped guide crews to the area the swimmer was last seen.

On Sunday, police and firefighters continued to search the river until 11 a.m. but are treating the incident as a possible drowning.

Former Nazi death-squad member Helmut Oberlander has died in the midst of his Canadian deportation hearing.

Scientists in the U.K. are developing a 'potentially significant' treatment for COVID-19 that could be administered to patients in the form of a nasal spray, thanks to the tiny antibodies produced by a llama.

Activists lament that the crisis of missing and murdered Native American women doesn't get the attention paid to Gabby Petito.