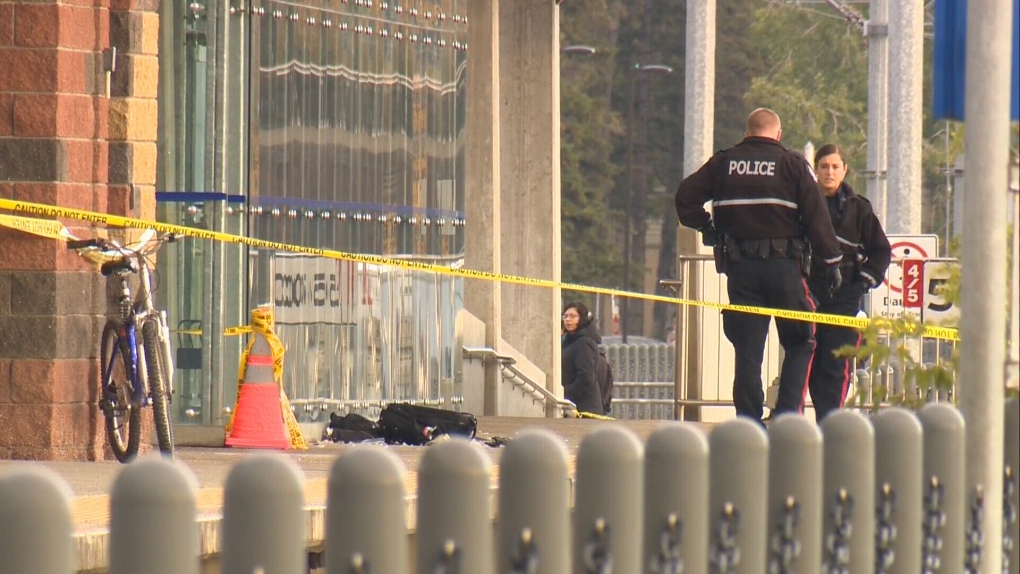 EDMONTON -- While the overall city crime rate is down, new statistics released by the Edmonton Police Service (EPS) Wednesday show the types of crime occurring at transit centres and temporary shelters are more severe than average.

Assaults, "possession of weapons" calls and personal robberies are among the top 10 reasons police responded to transit and LRT stations in the past couple years.

Between November 2020 and February 2021, violent crime also contributed to a higher than average crime severity rate at temporary shelters.

Tout said the EPS has identified 18 individuals who are the "most prolific offenders" at transit centres and temporary shelters. Ten have "possible" street gang affiliations.

"In the last 26 months alone, these most prolific offenders have amassed 964 violations," he said. "There is significant escalation in the rate of offending and the severity of the offences being committed."

Tout said these career criminals occupy the "same space and time" as the city's most vulnerable and essentially masquerade as them to advance their agenda.

"This is a distinction with a very big difference. Unfortunately, misperceptions and misplaced rhetoric synonymizing the two negatively impacts community safety," he said.

"This is a very complex situation that we are facing," said Act. Insp. David Crisp from the EPS social response branch.

The unit is a collaboration between EPS and Boyle Street Community Services to guide people to the services they need to stay out of the criminal justice system.

"We need to take policing into the 21st century. We understand perhaps always using the jail system and incarceration is never going to stop the problem," he said. It's a part of the solution but it's not the whole solution. The rest of the solution is understanding why they are criminogenic to begin with."

The city recently stepped up security at transit centres and LRT stations to "proactively engage" with those using transit.

EPS said the increased support from transit officers has helped.

"It not only creates a perception of safety, it creates more public safety because we have our police members in these locations and the opportunity crime decreases," said Insp. Angela Kemp of the EPS crime suppression branch.

Kemp added that having 24/7 access to outreach workers would make its ETS safety program even more successful.