Dead man found in Strathcona County at scene of fire

Dead man found in Strathcona County at scene of fire 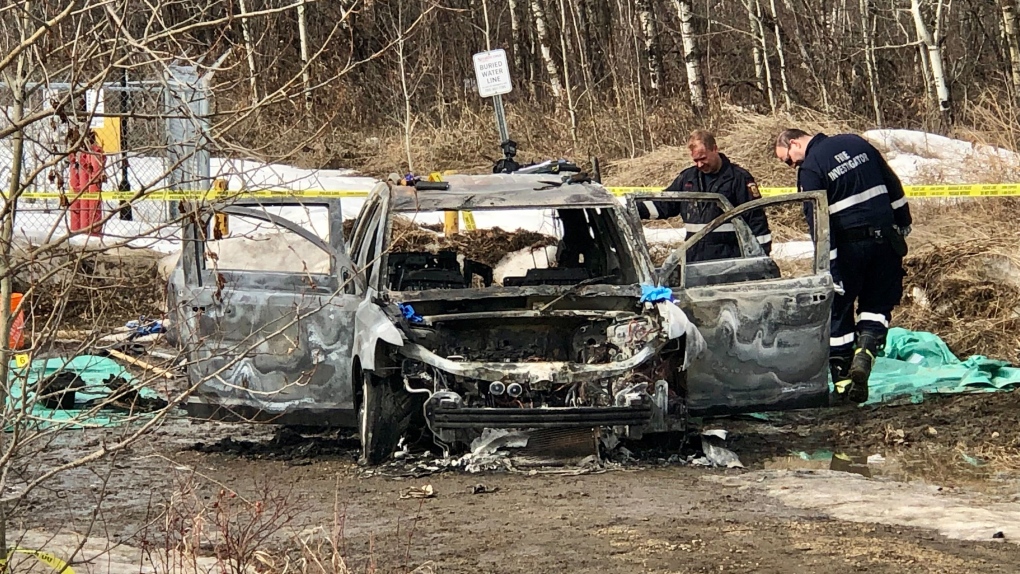 Investigators on March 30, 2022, gather evidence at the scene of a "sudden death" on Range Road 224 south of Wye Road in Strathcona County. On March 29, a vehicle fire was reported there. After the flames were put out, police found a man's body inside the vehicle.

A man's body was found inside a burned vehicle in Strathcona County on Tuesday.

A 911 caller reported a vehicle fire on Range Road 224 south of Wye Road shortly after 1 p.m.

It was fully engulfed in flames by the time emergency responders arrived.

The body was found after the fire was extinguished.

Police say they have "tentatively" identified the man and notified the 38-year-old's family. He was not named.

An autopsy has been ordered. Investigators are simply calling the case a "sudden death."

The British government is looking at bringing in the military to help keep public services running if key workers, including in the state-run National Health Service, take strike action, the chairman of the governing Conservative Party said on Sunday.