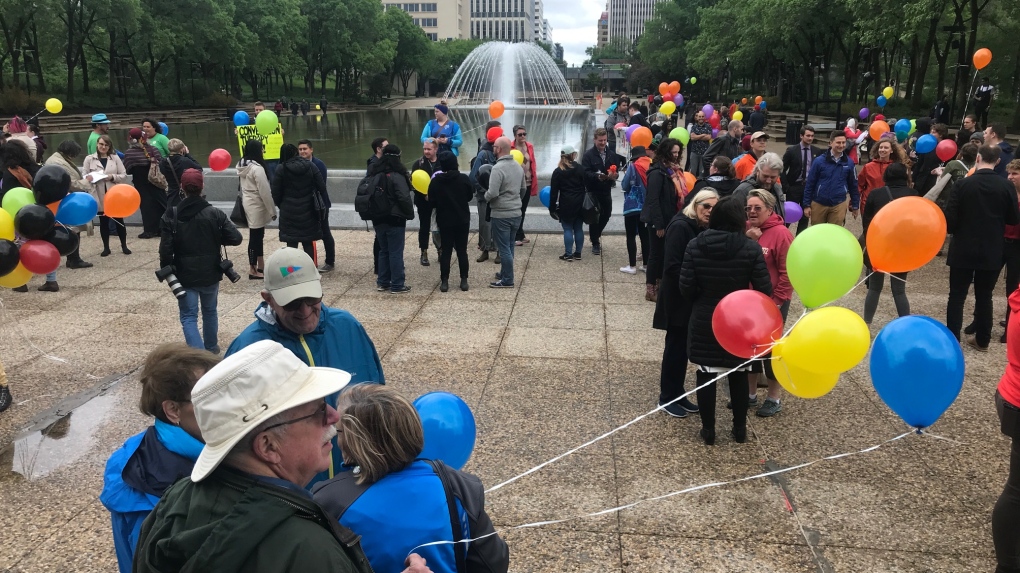 One day before the Alberta health minister was expected to announce the fate of group working towards a possible ban on conversion therapy, there were calls to let the group continue its work.

About 200 people gathered in front of the Alberta Legislature over the noon hour Thursday to rally against the practice and to urge the government to continue to study policy options on a ban.

“This is indicative of why the working group was created in the first place,” Dr. Glynnis Lieb, co-chair of the Conversion Therapy Working Group, said of the turnout.

Lieb said the rally was organized by a Lethbridge-based group which started a petition last fall to ban conversion therapy across Canada.

Shandro was expected to inform members on Friday whether the working group will continue its work under the UCP government.

Last month, Shandro denied a media report that the group, formed in February under his NDP predecessor Sarah Hoffman, had been disbanded.

The 12-person group consisting of LGBTQ advocates, academics and religious leaders had a five-month mandate to provide recommendations to the government about how to ban the practice in Alberta. It met twice before the provincial election.

“Let me be clear, we oppose conversion therapy,” Shandro told CTV News in a May 27 statement. “After not acting on this issue for 4 years, the NDP formed a time limited ad hoc group in the weeks before the election.”

On May 27, Shandro’s press secretary, Steve Buick, told CTV News there were no plans to pay working group members to continue meeting.

According to the government website, conversion therapy “can include any treatment, counselling, or behaviour modification that aims to change someone’s sexual orientation, gender identity or expression.”