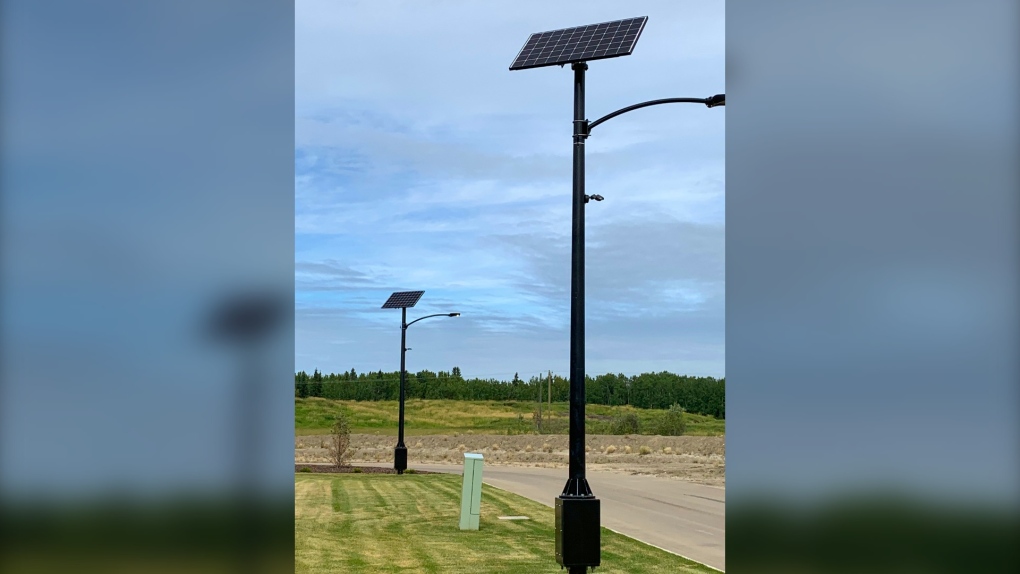 The Town of Drayton Valley is going green with the addition of solar-powered street lights and “juice bars” to charge electric vehicles.

It included the first in a series of “juice bars,” or electric vehicle charging stations installed at the Ramada Inn.

“That’s one of the challenges right now with EVs is the infrastructure network isn’t there,” he said. “This is a simple system that can be implemented by any small community.”

The Ramada Inn was chosen as a site for the stations because it’s a high-traffic hotel that’s close to Highway 22.

“The units themselves are very simple to use,” said Hinderks. “The ends are adaptable to most electric vehicles, so it’s a nice tie-in.” 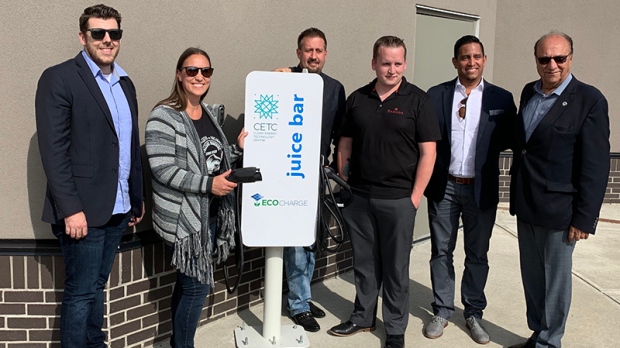 The town has already installed two of the solar-powered lights at its Clean Energy Technology Centre.

The lights are self-sufficient, completely relying on solar power, and have a storage system that can store a charge between three and five days. Last month, he said there was only one day that the lights did not produce more energy than they store.

“They’re working out quite well,” said Hinderks. “They’re actually creating more power than they can use.”

If the pilot program works out, the town may look at installing the lights in places like playgrounds and parks, where they’d improve sightlines and cost less to maintain.

“The big message is it’s not just urban Alberta that’s advancing and transitioning,” he said.