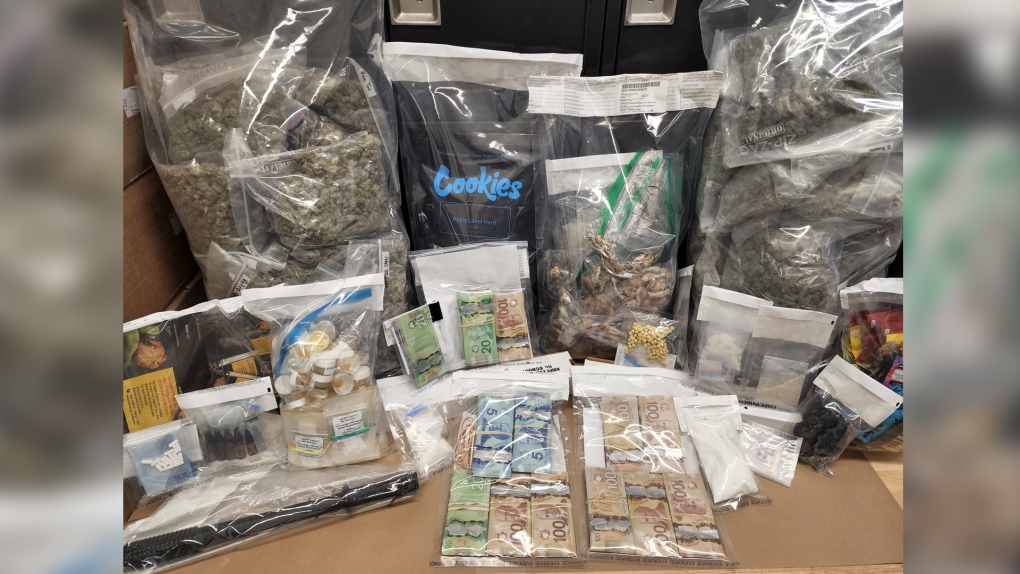 Drugs and cash seized in a bust in northern Alberta. (Supplied: RCMP)

An Alberta man is facing charges after the seizure of drugs, cash, and thousands of contraband cigarettes.

Police began investigating drug trafficking in the Peace River region last month. On July 14, a search warrant was issued at a home in the County of Northern Lights and on a vehicle associated with the investigation.

The following items were seized:

McSween has been released from custody and is scheduled to appear in Peace River Provincial Court on Aug. 29.