Was this year's wet, overcast summer really Edmonton's worst ever? 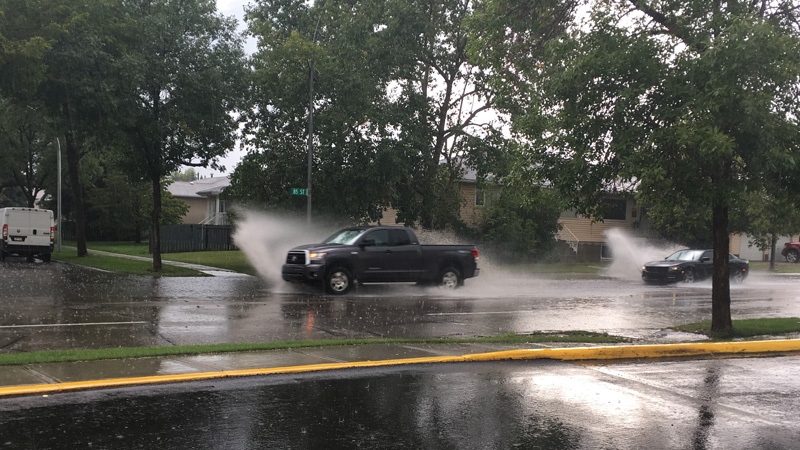 Environment Canada issued a thunderstorm warning in the Edmonton area on Saturday, August 5, 2017. 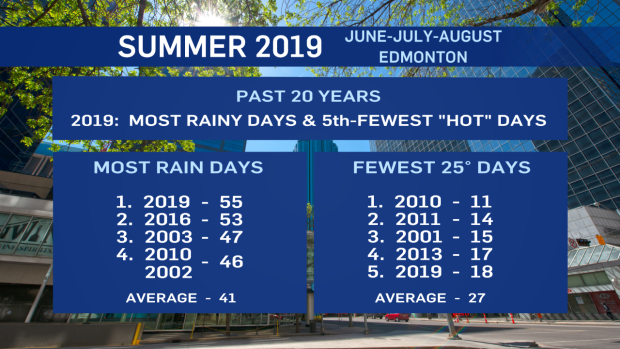 Ask an Edmontonian about Summer 2019 and chances are you'll hear something along the lines of: "What summer?"

Now, it's difficult to quantify statements like "worst summer ever."

Most of us were too young, not born yet OR alive and dealing with "unreliable" memories.

So, let's just use the past 20 years and let's use Meteorological Summer (Jun/Jul/Aug).

But, there are NO summers that combine the two like this year. 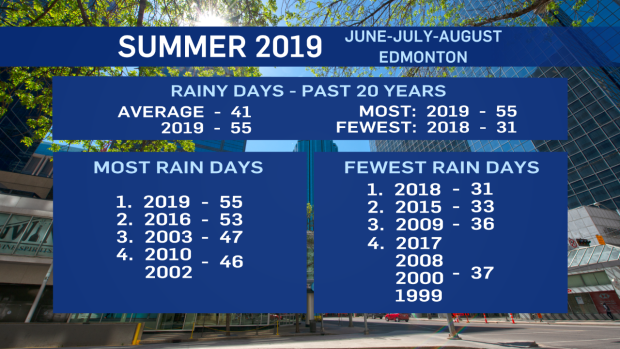 The average number of days with rain is 41.

But, those are the only summers in the past two decades with more than 50 days of rain in that timeframe. 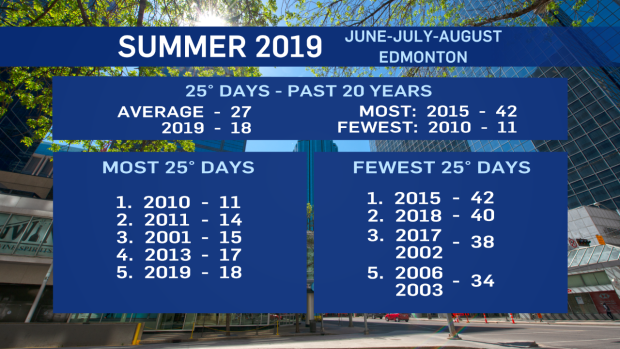 The average is 27 days. So, we were well below average this year.

BUT, there have been four years with fewer hot days in just the past two decades.

Here's the list of the 5 years with the fewest 25 degree days:

There's definitely some "recency bias" when people say things like "worst summer ever."

The last few summers have been a LOT hotter and drier.

And, when you lump in the stats for May...this year starts to look less "special".

But, if you're looking to win an argument about Summer 2019's weather...here's your line:

It had the most rainy days and almost the fewest "hot" days of the past 20 years.