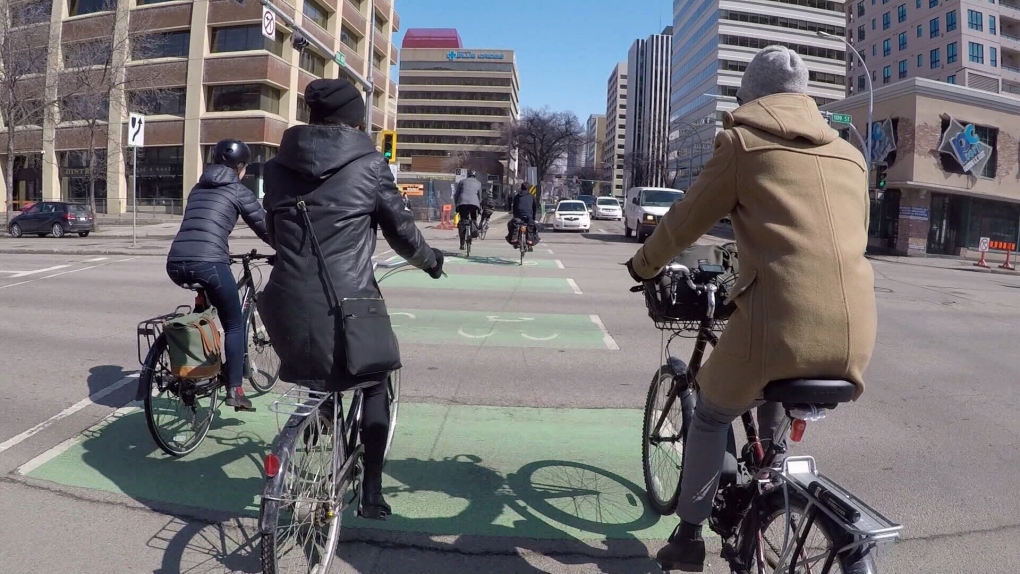 An additional 100 kilometers of bike lanes could be built in the Alberta capital after city councillors voted 4-0 Tuesday in favour of pushing a massive addition forward.

Edmonton currently has about 15 kilometres of protected bike lanes, mostly in the city centre.

"We have to get serious about building out our active transportation network," Coun. Ashley Salvador said during an afternoon meeting of the Urban Planning Committee.

City administrators presented four options that ranged in initial costs from $25 million to $170 million. The councillors that sit on the committee opted for the latter, which includes an additional $11 million in annual operating costs.

Final approval will be debated during budget talks this fall.

"Some people may say, 'Oh, we don't see cyclists in our neighbourhood yet.' And that's because the infrastructure isn't there to support them," Coun. Anne Stevenson said.

"You need that physical, separated, safe space in order to enable this transportation choice."

Coun. Michael Janz said voters made it clear in the last election that they want more bike lanes.

"We had one of the most animated, anti-bike lane characters and a slate of folks who were spreading misinformation about cycling, about active transportation and many of them lost not just in Edmonton, but across the world," Janz said.

"Folks will talk about the downtown bike grid and when you tell them the price was about $8 million, and about half of that was solely for traffic light upgrades, you get a different response. People don't realize there's been a fairly small amount (spent compared to roads,)" Coun. Andrew Knack said.

The plan calls for more bike lanes along major commuter routes, as well as better connections in neighbourhoods.

Mayor Amarjeet Sohi voted for the $170 million plan, along with councillors Salvador, Aaron Paquette and Karen Principe. Committee member Sarah Hamilton was absent from the meeting.