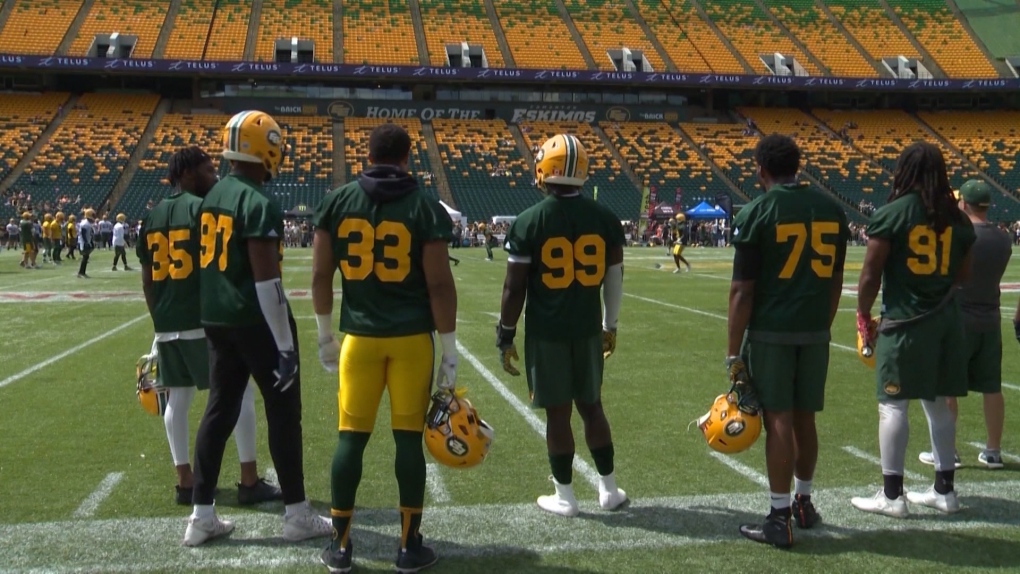 EDMONTON -- The Edmonton Football Team drafted six new players Tuesday, including a University of Alberta and University of Calgary alumni.

Former University of Alberta Golden Bears defensive linebacker Cole Nelson was drafted fifth overall in the first round of the 2021 CFL Draft. While Nelson did not play in 2020 due to the U-Sports season being cancelled as a result of COVID-19, he recorded eight tackles in 2019 in six games.

University of Calgary linebacker Grant McDonald was picked 14th overall. McDonald, originally from Tsawwassen, B.C., suited up for 14 games over the 2018 and 2019 season with the Dinos as he recorded 83 total tackles, a forced fumble, and 4.5 sacks.

Shepherd University running back Deonte Glover was drafted to the Edmonton Football Team 23rd overall. He recorded 2,124 yards and 28 touchdowns as he played for the Rams.

Dominic Johnson of the University of Buffalo, offensive lineman Peter Kourtis from Saint Mary’s University and Cornell University defensive back Kenan Clarke were also drafted by the Edmonton Football Team.