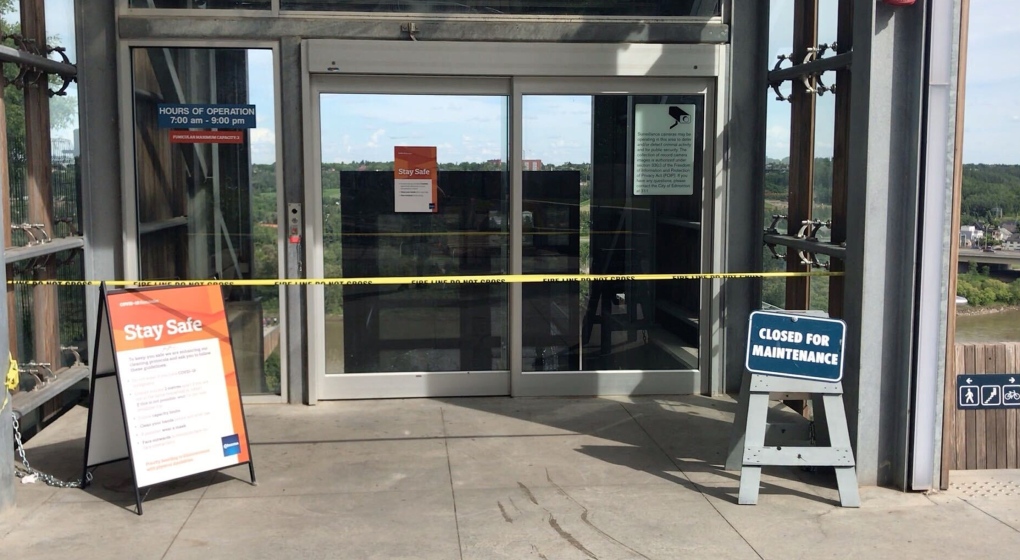 EDMONTON -- A week after it reopened as COVID-19 restrictions eased, Edmonton’s funicular is closed again after an act of vandalism.

Police received reports of a man vandalizing the funicular around 4:40 p.m. Monday.

Officers found a 22-year-old man at the funicular and took him into custody. He has been charged with mischief over $5,000.

The City of Edmonton confirmed that all but one panel of glass at the attraction had been smashed.

"We are working to fix and address the issue as soon as possible, however, it will take some time to order in specific parts," the city said.

The suspected vandal has been apprehended by police.

A sign has been posted reading “closed for maintenance” and there is yellow caution tape blocking the door. 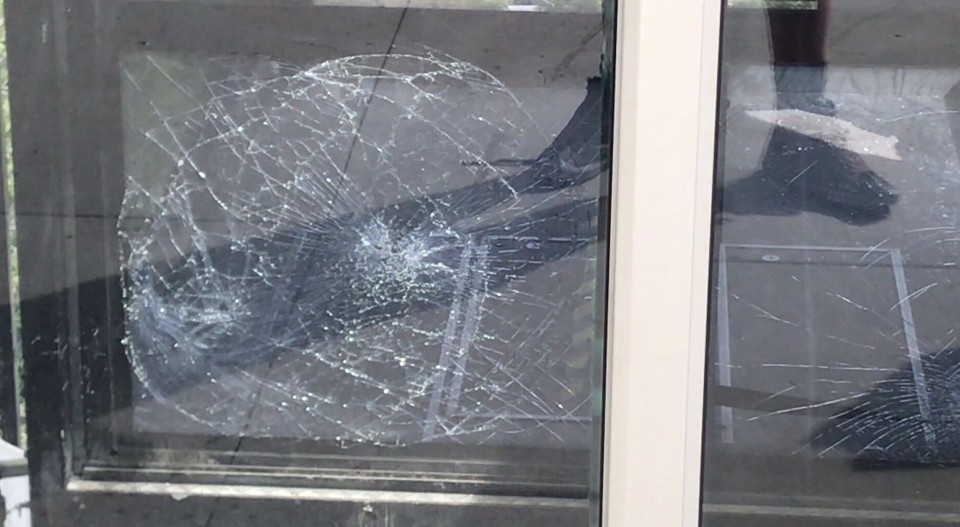 The city says it's still assessing the damage and ordering replacement parts.