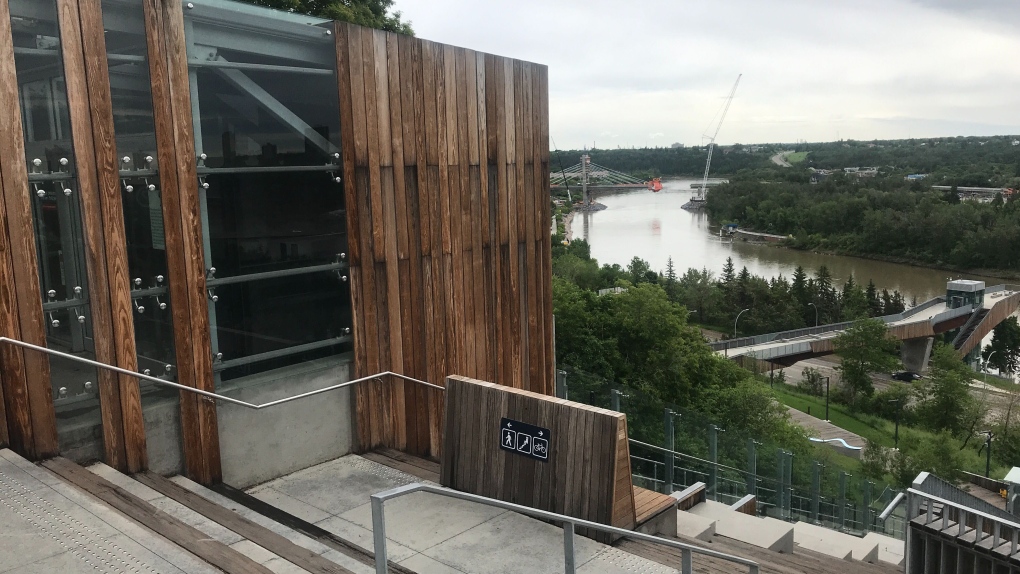 The Edmonton funicular is back in service, months after it went offline due to the COVID-19 pandemic. June 15, 2020. (CTV News Edmonton)

EDMONTON -- It seems the two people at a time rule implemented for the 100 Street Funicular's return to service won’t be a problem.

On Monday morning, only a handful of people were spotted using the $23-million machine before noon.

Even though the temperature was only 13 degrees, most Edmontonians trying to get from the valley to downtown were instead using the stairs beside the funicular.

“It’s a pretty nice day out” one man told CTV Edmonton. “I would rather get some exercise”

The safety precautions Include physical distancing, increased cleaning of surfaces and limiting ridership to two at a time.

“I could go back down and ride it back up?” said a woman who took the stairs instead of a free ride inside the glass enclosed space.

When asked why he chose not to take the funicular, another man shook his head and chuckled: “Oh, that’s fine. The stairs work just as well.” 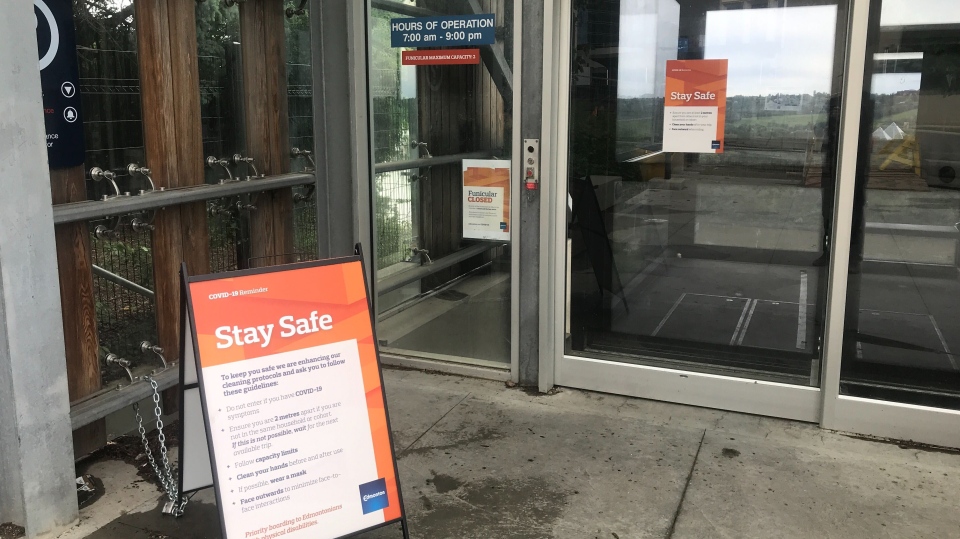