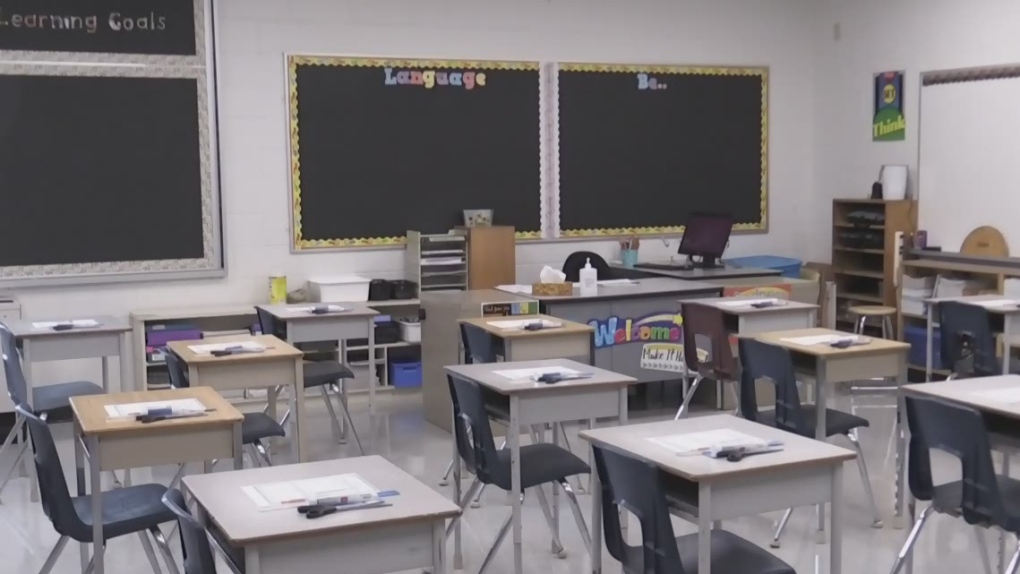 EDMONTON -- Edmonton Public Schools is allocating about half of $37.4 million from Ottawa to its schools to spend on resources they need, whether it’s extra teaching or custodial staff – but likely not smaller class sizes.

According to EPSB, schools will receive their share of $20 million “as soon as possible.”

But the division is not specifying how the funds are spent, and, in fact, warned families the money may not result in smaller class sizes like some have called for.

“In some cases, schools may hire extra staff to support students, or custodians to support our new cleaning requirements,” a letter signed by superintendent Darrel Robertson reads.

“We do know that any additional staff we are able to hire won’t have a significant impact on decreasing class sizes.”

The remaining $17.4 million will help the division cover supply or substitute time, which schools normally budget for.

EPSB’s central office will pay for extra staff that were needed in the new online and quarterly learning model, purchasing Chromebooks and other devices, and cover the part of the cost to rent portable sinks.

Earlier this month, the federal government announced funds to support safe school re-entry. Read a letter from Superintendent Darrel Robertson to learn how #EPSB will direct these funds to help our students succeed: https://t.co/5kcDT7UQ4f pic.twitter.com/XMe8uzuzPK

The federal dollars represent just over three per cent of EPSB’s operating budget.

In total, the Canadian government provided $260 million for school restart in Alberta.