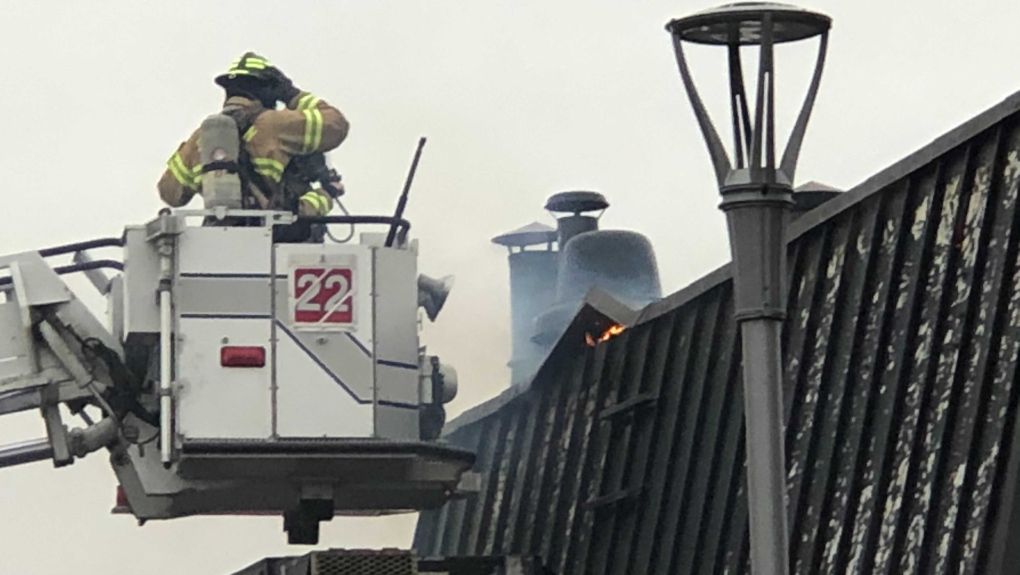 EDMONTON -- Fire crews in Edmonton responded to a fire within a restaurant Sunday evening.

At approximately 5:20 p.m. smoke coming from the roof vents of Island Grill Restaurant at 15203 Stony Plain Road was visible.

“I was in there earlier, then I left and came back and saw the smoke, a lot of smoke,” said Warren Edwards, the owner of the restaurant.

Edmonton fire quickly responded and found a working fire inside.

Crews on scene said the fire began on the main floor of the restaurant and spread to the roof of the building.

“I don’t know how bad it’s going to be… just got to stay strong,” said Edwards.

The fire was brought under control around 5:50 p.m.

The restaurant was closed at the time of the fire. There were no injuries reported.

Around 6 p.m., crews told CTV News Edmonton that fire investigators were looking for a cause.