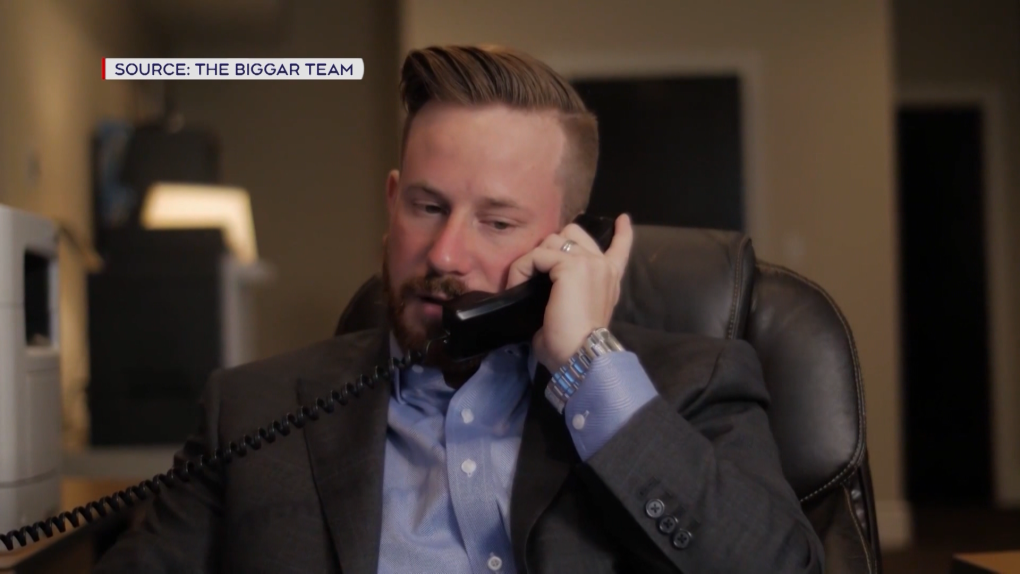 A former Spruce Grove mortgage broker has admitted to assaulting two girls and has been sentenced to 24 months probation.

Rodney Biggar, 37, appeared in Stony Plain Provincial Court by phone on Tuesday and pleaded guilty to a single count of assaulting the girls between Sept. 1, 2019 and May 31, 2020.

The sentence follows a joint submission from Biggar’s lawyer and Crown prosecutors.

The identities of the two girls are protected by a court-ordered publication ban due to their ages.

Their mother told CTV News in 2020 that her daughters confided to her that a trusted family friend had been touching them inappropriately.

Mounties began an investigation that resulted in Biggar’s arrest in August of 2020. He was later charged with six counts of sexual assault and four counts of sexual intereference. However, the Crown prosecutors dropped those charges and he was convicted only of a single count of assaulting the girls.

"Although the sentence is disappointing based on the charges he was originally facing, we are glad the crown was able to come to a resolution that spared the girls the trauma of a five-day jury trial," the mother said after sentencing Tuesday.

“The outcome definitely leaves our family feeling like our system is a ‘legal system’ and not a ‘justice system.’”

While on probation, Biggar must follow a number of conditions including avoiding contact with the victims and their family.