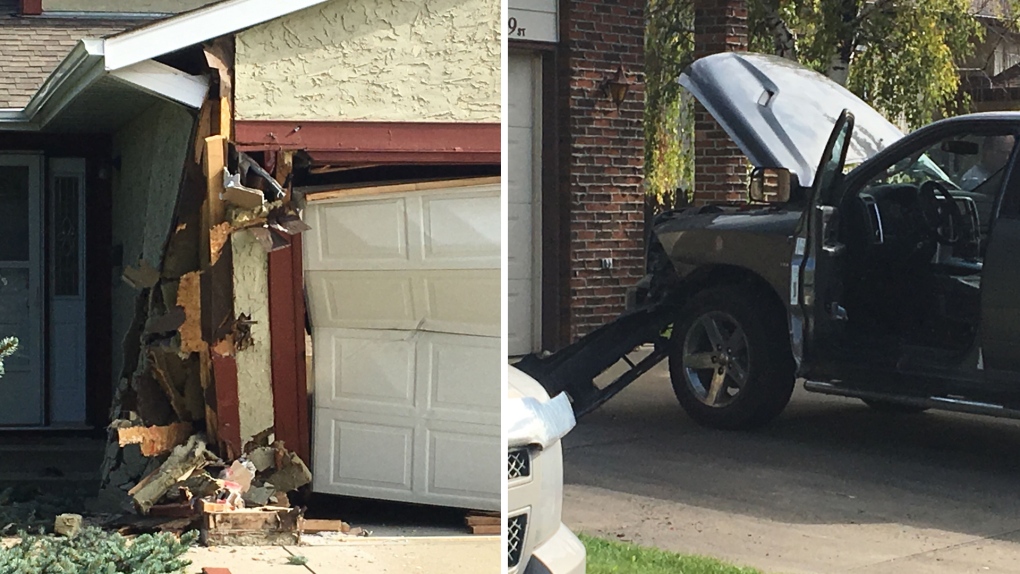 A garage in west Edmonton was damaged after it was hit by a pickup on Sept. 17, 2019. (John Hanson/CTV News Edmonton)

Emergency crews responded after a pickup truck hit a home in west Edmonton.

A 2010 grey Dodge pickup truck at the scene appeared to have damage to both ends.

Police could not confirm the level of damage the house sustained.

Officials could not provide many details but said it appeared the man driving the truck was a neighbour.