An airport hangar in Edmonton has been designated a historic resource by city council, and will now be refurbished into a mixed-use space.

City council committed $5 million over 10 years – capped at $500,00 per year – to the hangar's restoration to create a mixed-use retail, commercial, restaurant, event and residential space. The grant comes from the City's Heritage Resources Reserve. 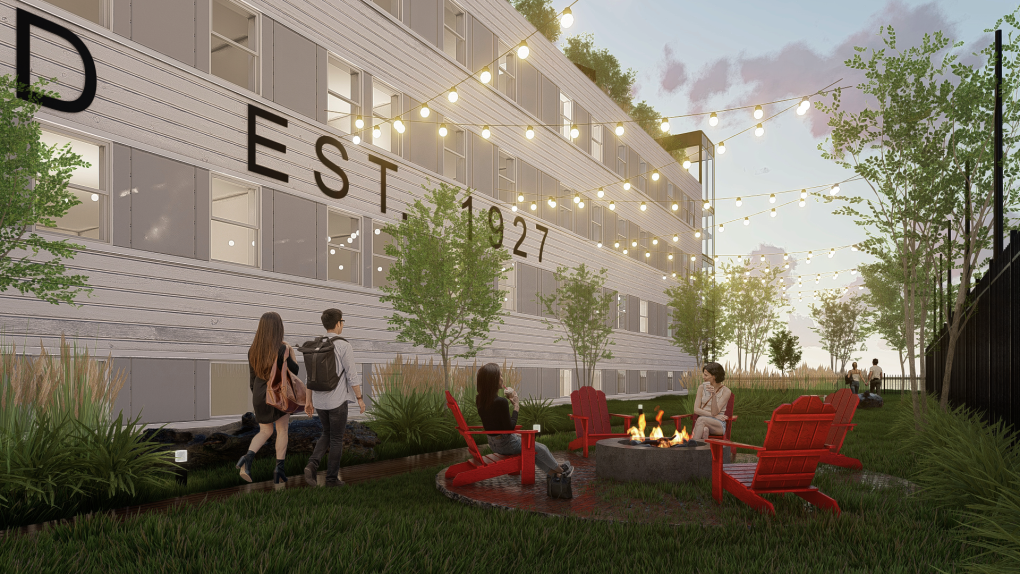 A rendering of Hangar 11, which is set to be redeveloped into 200,000 square feet of mixed-use retail, commercial, restaurant, event and residential space with a rooftop patio and garden. (Supplied)

“The sheer scale of the building makes the cost of rehabilitation significant. The new owners are intending on repurposing the building to accommodate a mixed-use development with student housing and commercial uses,” said Principal Heritage Planner David Johnston.

Hangar 11 was constructed by the US Army Air Force at Blatchford Field, later known as the Municipal Airport, in 1942. The hangar played a significant role in the Lend-Lease program that had the US provide military equipment to the allies before and after it joined the Second World War.

Hangar 11 is believed to be the last building of its kind in western Canada.

The hangar has been boarded up since 2013, and was included on the National Trust for Canada's 2017 list of the country's most endangered buildings. 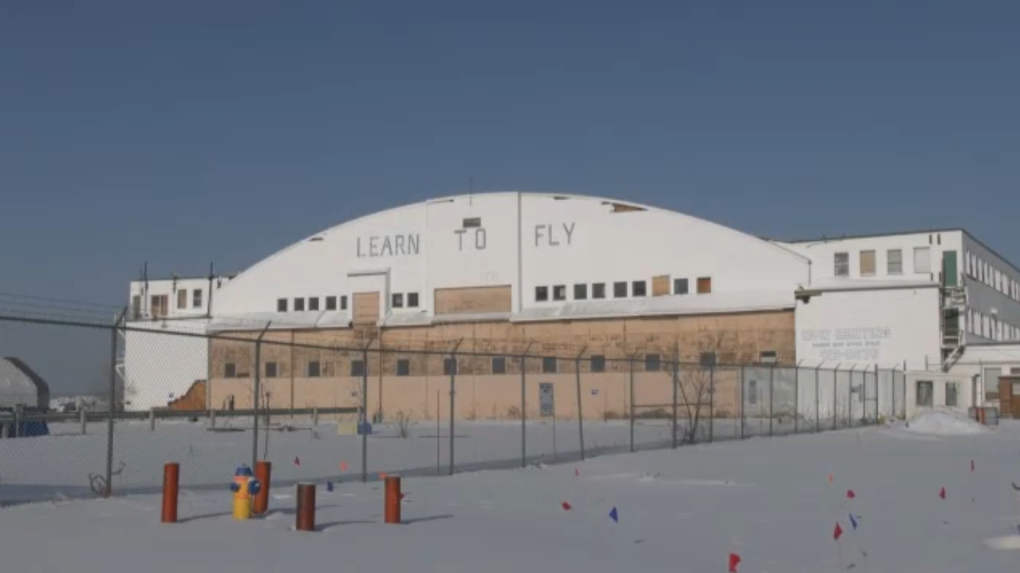 "Saving our heritage sites and preserving our architectural history while making them part of our future, is such a rewarding experience to be part of,” said Lorraine Bodnarek with the T3 Development group.

“We are grateful for the opportunity to restore it and turn it into a beautiful destination for Edmontonians so it can continue to be part of their stories today and into the future.”

The proposal to restore the building and create a mixed-use space was presented to council in February 2021 by Tim Antoniuk.

"The hangar was vital in helping Allied forces in WWII and so this makes it an important part of Canada’s history, our military history, and our city’s history," he said.

"To see it receive the Historic Designation it is due, is such an incredible milestone and will ensure its continued place in our city’s future."

Since the City's Historic Resource management plan was initiated in 1985, 170 properties have been designated historic resources.

Nine people, including at least one juvenile, were shot and wounded in Newark, New Jersey, on Thursday, police said.