EDMONTON -- The biggest auction in the 60 year history of a local company starts Monday.

From a 1940s antique car, to 50 foot long motorhomes, and rows upon rows of truck tractors, to massive earth moving machines and cranes of every shape and size, it is an auction for the ages south of Edmonton at Ritchie Brothers in Nisku.

After months of planning the auction begins online, on Monday.

"It adds to the complexity, but also people are more comfortable and feel safe bidding from home,” Vandenberghe told CTV News Edmonton in an interview. 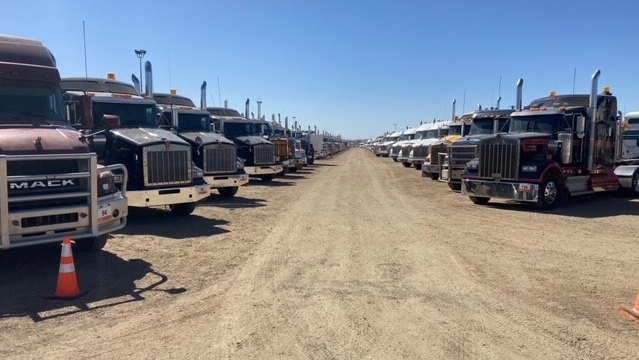 “It’s a good thing for these guys, but pretty scary for the rest of the industry,” Travis Kinderwater from Grande Prairie said .

While he admits deals can be found, it's a symptom of the economy continuing to struggle. One now semi-retired oil worker from Edmonton simply said the economy, both in Alberta and across Canada, is in the tank.

“To me, this is a sign people are getting rid of the things they can no longer afford,” Alan Dahmer said.

The 6 day virtual auction is expected to draw bidders and buyers from around the world.