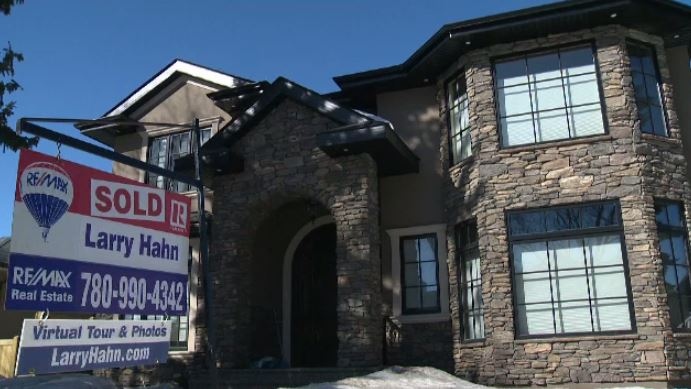 In its latest report on national home sales, the Canadian Real Estate Association noted that the benchmark price for all property types in Alberta's capital fell to $316,200.

According to CREA's stats, the benchmark home price in Edmonton has fallen 8.29 per cent in the last five years.

While prices are down, sales are up. CREA reported that there was an 8.1 per cent increase in total residential unit sales in October compared to the year before. Total home sales dropped 5.92 per cent from September 2019, however. Overall inventory fell by 9.26 per cent compared to October 2018.

He said external factors like the federal mortgage stress test, Alberta's economic downturn and uncertainty over government employment are hampering the market.

"It's making it difficult for buyers to be financed, even though in theory we're in a buyer's market," said Brodrick. "Consumers are just saying, 'I'm happy to go out for dinner, I'm not happy to spend half a million dollars on a new house.'"

Sellers should be patient as homes are taking longer to sell in Edmonton, but Brodrick said it's not all bad news.

"An advantage that some sellers may have as we move into the winter months here is people who tend to be buying in the winter time are serious buyers," he said.

The price drops are in contrast to a national trend that saw home prices mostly stabilize in British Columbia's Lower Mainland and the Prairies.