‘I’m not angry but I am hurt’: 90 pound wood carving stolen from Edmonton artist

EDMONTON -- An Edmonton artist is pleading for the return of a large wood carving he made.

“It was sitting in front of the workshop and kind of in trust for everybody going by to enjoy,” said wood carver Ryan Wispinski.

But it was stolen sometime last weekend from behind his home in the Parkallen neighbourhood.

“When I carve it’s from heart to hand first and so that’s why I’m not angry, but I am hurt,” he said.

He said stealing it wouldn’t have been easy. The folk-style artwork was carved into a 90 pound log.

“I don’t want to judge because I know a lot of people are struggling but I don’t know if people realize the pain they cause when they steal,” he added. 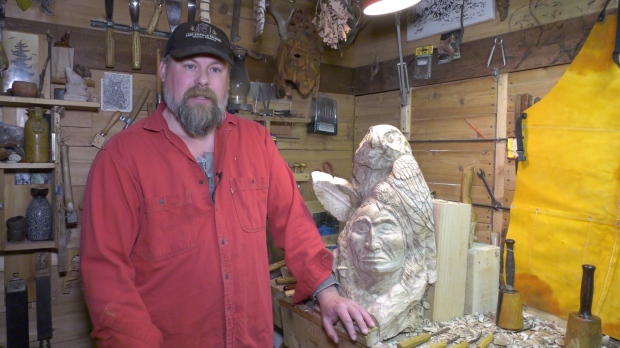 Wispinski’s father taught him how to carve when he was 14-years-old.

“That particular piece was a folk art style that is actually the first style of carving I learned from my father who is in a home now,” he said.

“That carving was the root of where I started.”

He said wood carving is not only a passion, but after being diagnosed with schizophrenia nearly three decades ago, it’s also a form of therapy.

“To me art is healing and this is my medicine,” said Wispinski.

The carving isn’t the only thing he’s had stolen in recent weeks.

“They kicked in the side door, stole our bikes, smashed our van window, stole my work tools,” he said.

He said thefts are becoming a problem in his neighbourhood lately.

“That same night there was two other garages that were broken into. Talked to some neighbours, I believe they’ve been broken into three times.” 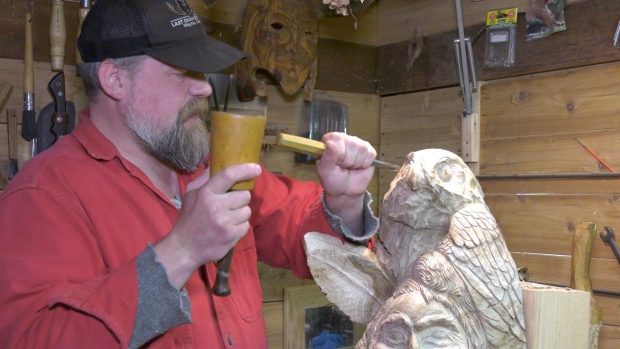 Wispinski would like to see his work returned so that neighbours and people passing by can continue to enjoy it. He also had this to say to the thief.

Anyone with information about the stolen wood carving or who sees suspicious activity in the neighbourhood is asked to contact police or email the Parkallen Community League.