'It's really going to change BMX': St. Albert to get new training facility

'It's really going to change BMX': St. Albert to get new training facility 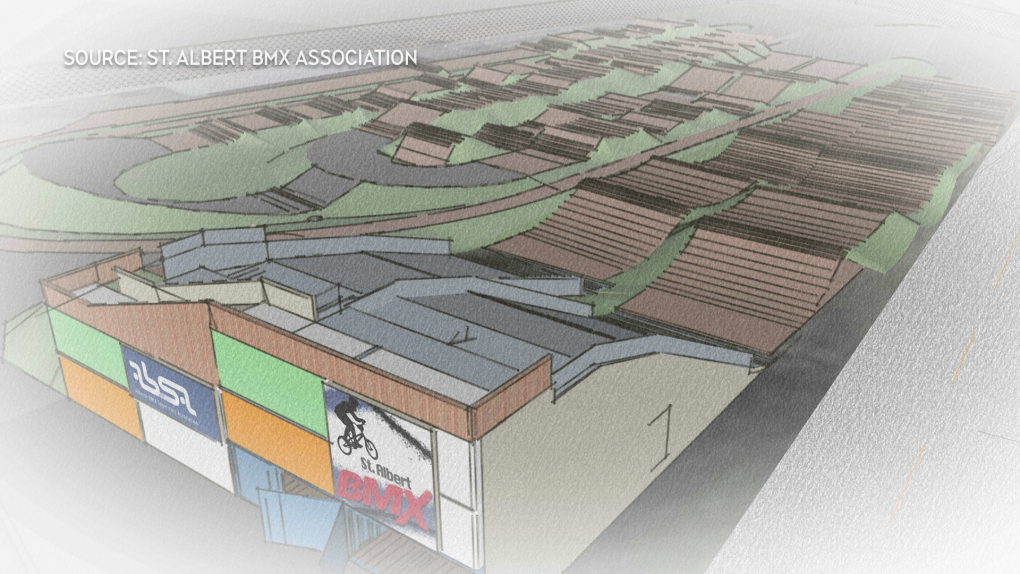 The existing BMX track in St. Albert is getting an upgrade, in part thanks to a grant from the provincial government.

The St. Albert BMX Association had been fundraising, with the hope of turning the track into a world-class facility, and will now be able to start the upgrade in the coming weeks.

"It's a long road to get to $1 million when you're fundraising and… to have the province step up like this is… amazing, it's fantastic," said Mike Hook, the association's president.

"It's really going to change BMX in both St. Albert, Alberta, and Canada into somewhere where we can compete on a world stage," Hook added. "We're a winterbound country, where we lose six months of the year where we can't be riding and training, that really costs us something.

"To have this level of a facility that can enable us to train to a level that we'll need for that worldwide competition, whether it's Olympics or world championships."

"We want this sport to be as inclusive as possible, if you can ride a bike you can come and race BMX," said Hook.

"It's basically the only publicly accessible supercross facility that we're going to have in Canada, even in the northwestern United States there's no hills, so we've seen interest from those clubs already as far as coming up and taking part here."

The association is hoping the facility will have a roof and be lit, in order to extend their training season. An indoor facility is also in the works.

"It's going to take it from somewhat of a fringe sport to far more of a household, commonplace sport, said Hook. "WIth our sport, if you don't have access to that style of (hill) and you're expected to compete on it, you're just not able to, you're not ready for that.

The goal is to have the new facility open by Canada Day.