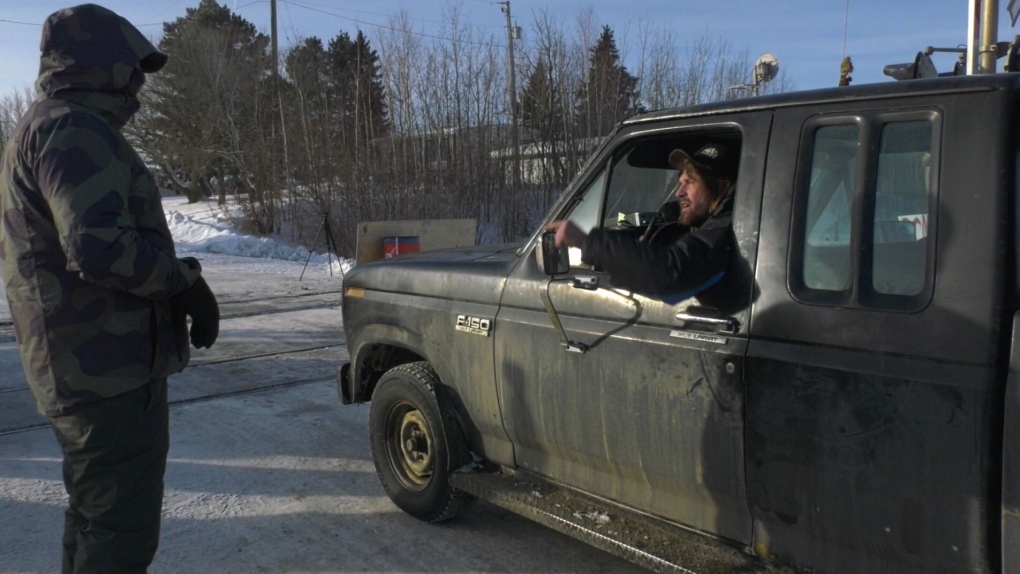 A CN Rail blockade was set up near Acheson, west of Edmonton, on Feb. 19, 2020, in opposition of the Coast GasLink project.

EDMONTON -- The Alberta government marked its return to the legislature with a new bill outlining tougher punishments on protesters who set up blockades along or near "essential infrastructure" including railways.

Bill 1, the Critical Infrastructure Defence Act, is scheduled to be introduced shortly after Tuesday afternoon's speech from the throne.

Once passed into law, the bill will allow the government to levy heavy fines and possibly imprison anyone unlawfully interfering with infrastructure including pipelines, highways, utilities and oil and gas production facilities.

It forbids anyone from "willfully destroying or damaging essential infrastructure" as well as "obstructing, interrupting or interfering" with the use of the same infrastructure.

The law also applies to telecommunication lines, dams and mines. Individual offenders face a fine of $1,000 for a first infraction and up to between $10,000 and $25,000 for future violations.

"We want to send a clear signal this will not be tolerated," said Justice Minister Doug Schweitzer.

He also noted that the fines for both corporations and individuals compound on a daily basis.

The bill raises legal questions about constitutionality, given the competing rights between businesses and protesters.

"There has to be some way of balancing the co-existence of those rights and interests," said Eric Adams with the University of Alberta law school.

Adams notes there's little, if anything, in the bill that would be made illegal that isn't already against the law.

"The public might ask politicians 'what are you doing about that?’ and in this case, the Alberta government wants to have an answer," he said.

Adams also noted the bill could also face challenges for interfering in areas of federal jurisdiction like roads and railways.

Other are calling it "an entirely political provocation" that nods to political supporters without actually changing the legal framework.

“What we are experience now in Canada is the day in the life of a healthy democracy. And the impact that is negative today may turn out to result in … reconciliation tomorrow,” said Michael Bryant with the Canadian Civil Liberties Association.

"He's making matters worse for all sides," said Bryant of Kenney. "It's an unconstitutional effort to censor dissent." 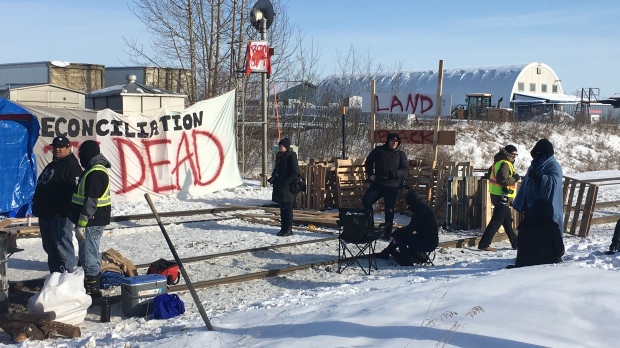 Bill 1 comes after a series of blockades along rail lines that have brought parts of the country to a standstill.

"This is not legitimate and lawful protest," Premier Jason Kenney said of the blockades.

"Albertans and Canadians respect our constitutionally protected freedoms of expression, of assembly and to protest. But, blocking railways, roadways, commuter trains and critical infrastructure is simply and plainly illegal."

Kenney has been critical of protesters who have set up blockades in support of the hereditary chiefs of the Wet'suwet'en First Nation, who oppose a natural gas pipeline project on their land in British Columbia.

Supporters of the Wet'suwet'en set up a blockade on a CN rail line on the edge of Edmonton last week.

Kenney says the blockades have cost jobs and hurt the economy, and are also in part to blame for Teck Resources Ltd. shelving its massive mine project in the province.