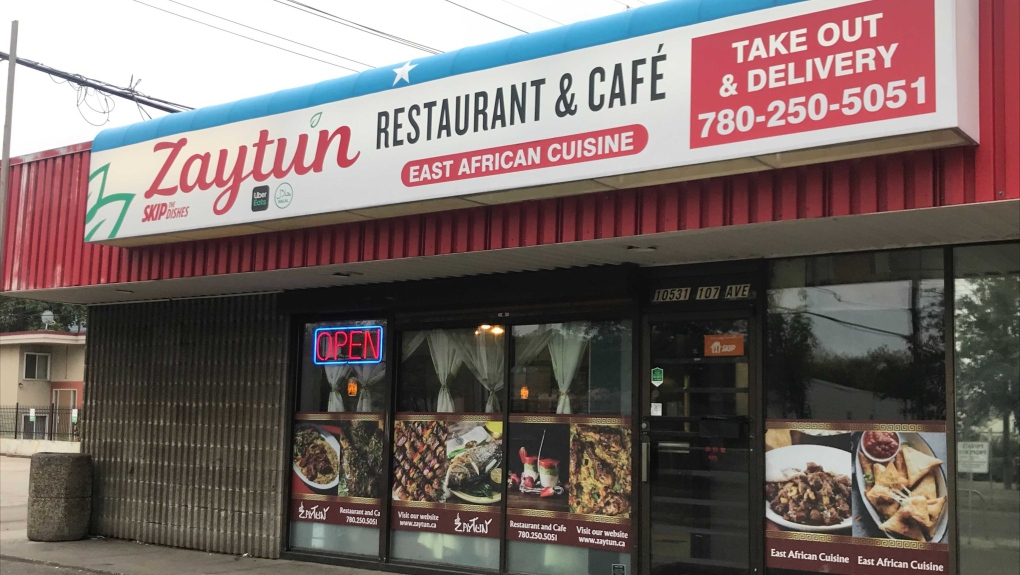 An Edmonton restaurant was asked to close following a number of infractions observed by an executive officer with Alberta Health Services.

Zayton Restaurant and Café located at 105 Street and 107 Avenue was ordered to close on Aug. 25 following conditions that were deemed “injurious” or “dangerous” to the public, according to AHS.

The officer noted the establishment was operating without a valid food handling permit and there was evidence of a pest infestation.

The notice said there were “living and dead cockroaches of all life stages” observed in the kitchen. On top of that, mouse droppings were also found in various areas of the restaurant like the cupboards and behind cooking appliances.

According to the inspector, a bag of raw beef was seen sitting at room temperature for an unknown period of time, plus there was a bin of raw meat stored directly above a bucket of potatoes.

AHS had at least 16 different violations listed in the notice to the owner.

In order to reopen, the document said the owner must undertake a number of requests immediately, such as obtaining a valid food permit, work with a licensed pest control company, conduct a deep cleaning, and ensure all staff members are educated on practicing frequent handwashing and proper glove use.

The business will remain closed until an executive officer says it has completed everything to the satisfaction of AHS.

After inspections on Aug. 27 and 28, AHS verbally rescinded the closure order after the restaurant got a valid food handling permit and addressed issues linked to safe food storage and pest control.