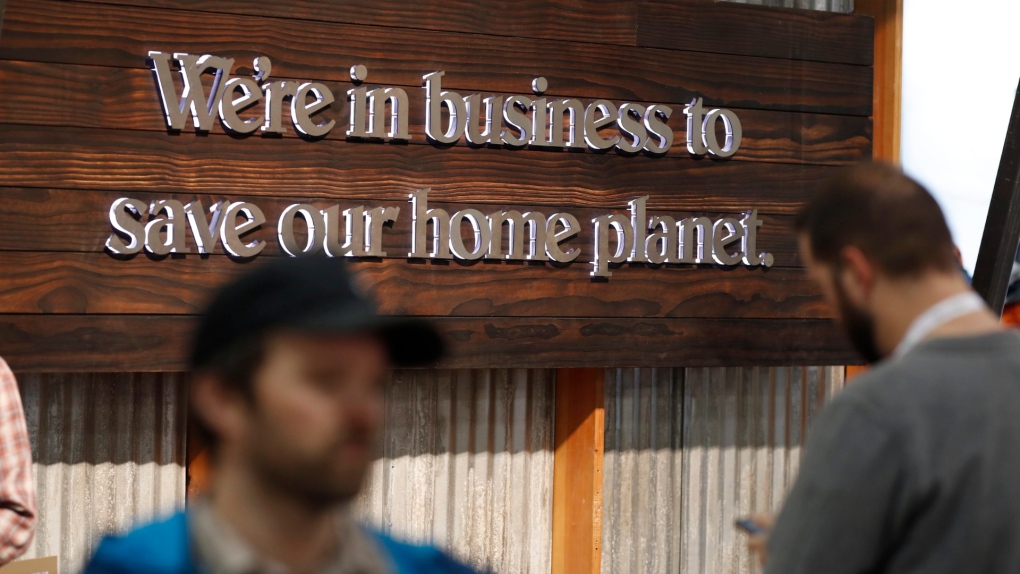 In this Wednesday, Jan. 30, 2019, photograph, buyers pass by a sign in the Patagonia exhibit at the Outdoor Retailer & Snow Show in the Colorado Convention Center in Denver. (AP Photo/David Zalubowski)

EDMONTON -- A big name in the clothing industry is lending its support to an Edmonton-based land conservation advocate and its fight to stop the UCP Government’s planned provincial park closures.

Patagonia, an American company known for its brand of outdoor gear, put out a twitter ad that tagged the northern chapter of the Canadian Parks and Wilderness Society (CPAWS) and its campaign to stop the Alberta Government from closing provincial parks. 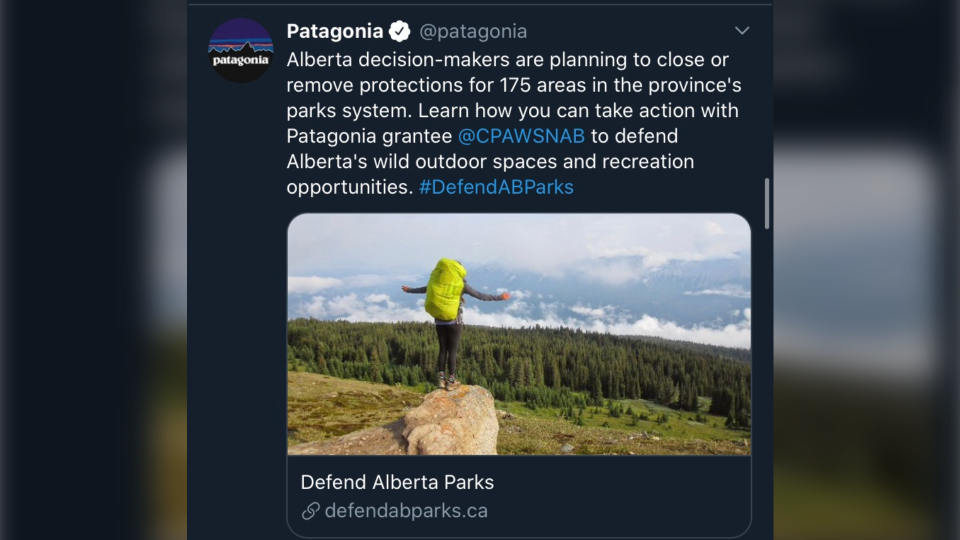 The post says, in part: “Alberta decision-makers are planning to close or remove protections for 175 areas in the province’s parks system. Learn how you can take action.”

The province announced in February that it plans to close 20 Alberta parks and seek private partners for another 164.

Patagonia’s amplification of CPAWS voice in its Defend Alberta Parks initiative is a move the Northern Chapter’s Program Director, Tara Russell, is hoping will help move the needle and stop the province’s plan to close Alberta parks.

“It’s actually impacting 175 of our current parks,” Russell told CTV News Edmonton. “(They) will no longer have protection and/or will be closed. So this is really concerning to us.”

CPAWS is one of Patagonia’s grant recipients, meaning the company helps the non-profit with awareness building as well as with financial support.

“For 40 years… Patagonia’s been supporting grassroots organizations in their work to protect the environment,” Russell told CTV News Edmonton.  “We absolutely appreciate all of the work that this company does to support organizations...  it means a lot for us to be able to reach broader audiences.”

In a written statement to CTV News Edmonton, Hans Cole, Head of Environmental Campaigns and Advocacy for Patagonia,said:

“Public lands and waters have never been more under threat than they are now. We see public lands as an imperative — they’re a bulwark against climate change, fundamental to democracy, sacred to native people and critical to local economies, habitat to animals large and small, and a healthy place for families and communities to enjoy the outdoors together.”

According to CPAWS, roughly 10,000 people have taken action to ask the Minister of Environment and Parks to reverse the decision to remove parks and protected area. 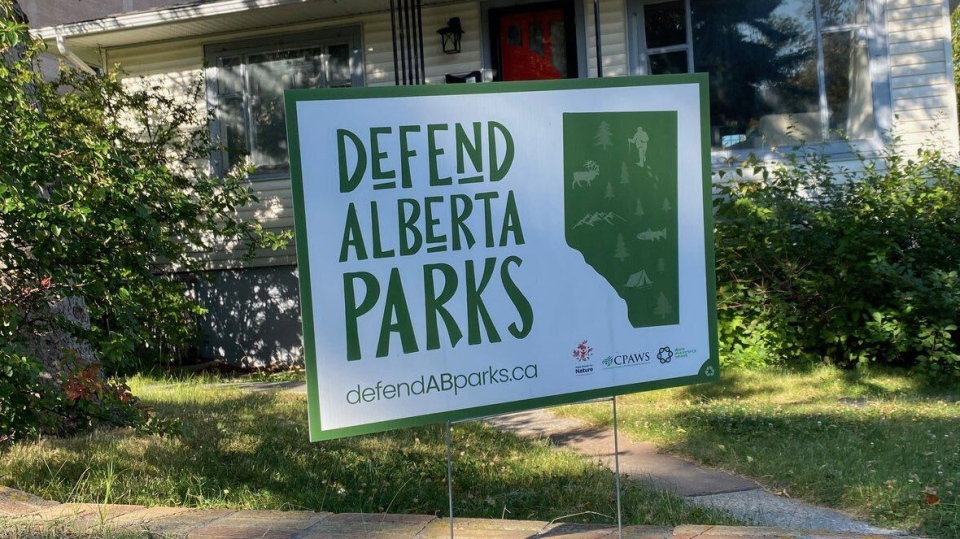 They say in the last week they’ve delivered around 300 “Defend Alberta Parks” lawn signs to Calgary residents and hope to be able to do the same for Edmontonians soon.

CTV News Edmonton reached out to the office of Jason Nixon, Minister of Environment and Parks about the campaign, but as of time of publishing did not hear back.