Man accused of chasing woman through Alta. town with machete, threatening to kill her

Man accused of chasing woman through Alta. town with machete, threatening to kill her 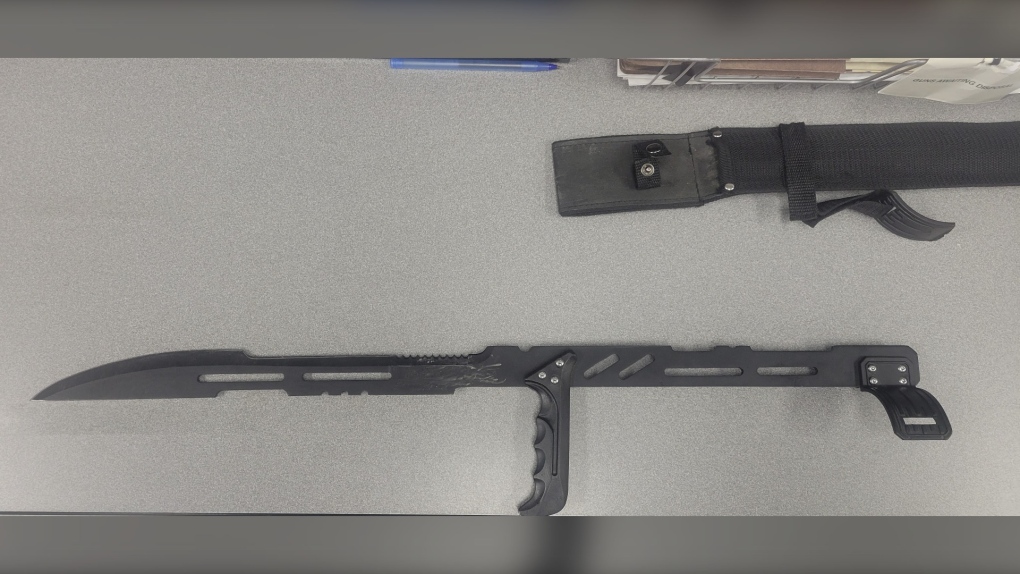 RCMP say a woman was chased through the streets of St. Paul by a man armed with a three-feet-long machete. (Photo provided.)

Charges were laid after a female victim was chased through the streets of a rural Alberta town by an armed man.

Initially, "numerous" people called 911 about the victim – whose age police did not disclose – being chased by a man with a rifle Tuesday afternoon in St. Paul, a community of 5,900 northeast of Edmonton.

Police arrested a man after finding him with a "bayonet type machete measuring three feet in length."

The victim was also found safe.

She told investigators the man had hit her several times, chased her with the machete and threatened to kill her.

The man from Saddle Lake, a nearby community, was charged with assault with a weapon, possession of a weapon for a dangerous purpose, uttering threats against a person, and mischief under $5,000 related to property damage.

The RCMP has confirmed it is investigating 'broader foreign actor interference activities' in Canada, but Commissioner Brenda Lucki is declining to provide more details given the investigations are 'ongoing.'

The U.S. Senate passed bipartisan legislation Tuesday to protect same-sex marriages, an extraordinary sign of shifting national politics on the issue and a measure of relief for the hundreds of thousands of same-sex couples who have married since the Supreme Court's 2015 decision that legalized gay marriage countrywide.