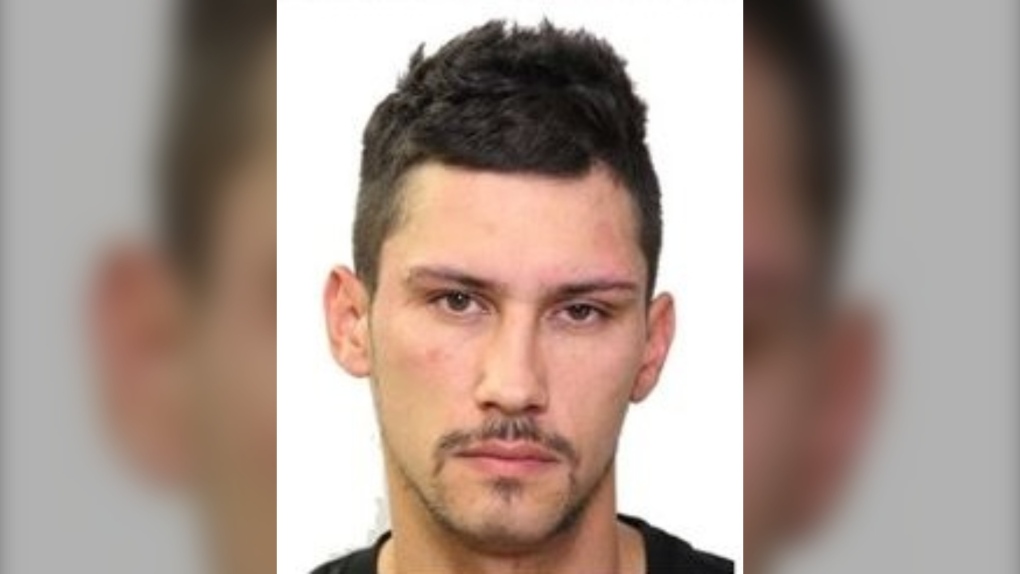 Jade Boskoyous, 33, is wanted for attempted murder, aggravated assault, assault with a weapon, and arson after a Feb. 15, 2020, fire. (Photo provided.)

EDMONTON -- A man is wanted by Edmonton police for attempted murder after a home with two women inside was reportedly lit on fire Saturday morning.

Emergency crews were called to the home in Westwood, near 121 Avenue and 102 Street, around 5:30 a.m. Crews arrived on scene four minutes later and found smoke billowing from the building.

Officers were told a man entered the home and assaulted a 31-year-old woman and a 72-year-old woman before starting the fire and running away from the scene.

The women escaped the fire but were still in hospital Saturday evening with serious but non-life threatening injuries.

Detectives believe he knows the women. They called the Saturday events a "domestic violence related incident."

Boskoyous was described as violent and dangerous. He is 5'9", has a medium build dark hair.

The blaze was declared out at 11:14 a.m. The arson unit is investigating.