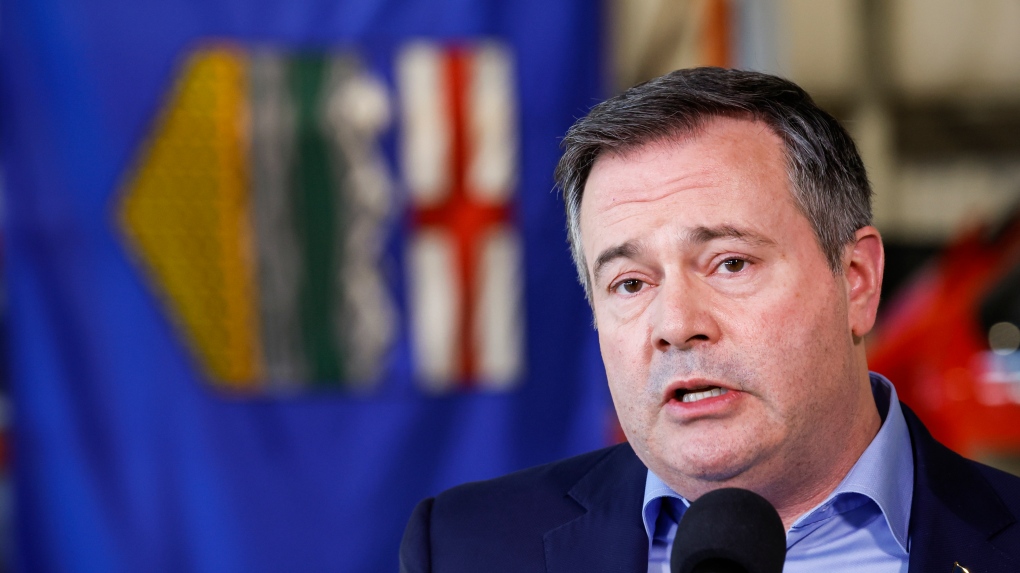 One of Jason Kenney’s caucus members says the Alberta premier is reaping what he has sown through personal attacks, dividing people and intimidating opponents.

“It is this negativity developed through a culture of fear that destroys unity,” Peter Guthrie, United Conservative Party member for Airdrie-Cochrane, said Tuesday in a five-minute video posted on his Facebook page.

“The premier encourages disrespectful treatment through his own actions," Guthrie said.

"It is this very approach and leadership style that has driven a wedge between (the United Conservative) caucus and executive, causing opinions to solidify against Jason Kenney.”

Criticism of Kenney by some in his own caucus has been bubbling to the surface for more than a year, driven by underwhelming polling and fundraising numbers.

Kenney has said it's because of resentment over some of his COVID-19 decisions. But Guthrie and other UCP members of the legislature say the premier is running a close-knit, top-down command structure impervious to grassroots advice.

Criticism has became more pointed and vocal in recent weeks after the party executive made last-minute changes to distribute mail-in ballots rather than hold an in-person vote in a review of Kenney's leadership.

Critics say the changes were made to ensure Kenney gets majority support. Without it, he would have to resign as per party rules and a leadership race would follow.

Guthrie, along with other dissident legislature members, and Kenney supporters have been publicly attacking each other in mainstream and social media.

Last week, multiple backbenchers expressed deep concern with Kenney in a newspaper column. Leela Aheer, demoted from cabinet last year over her criticism of the premier, said she fears the UCP is becoming equated to corruption. MLA Angela Pitt characterized the government as a closed circle of decision-makers contemptuous of dissenting voices.

Another MLA, Jason Stephan, said unity doesn’t mean marching together off a cliff. Recently elected UCP member Brian Jean has likened Kenney to a millstone around the party's neck that will drag it down to defeat in the 2023 Alberta provincial election.

Kenney himself -- in a leaked audio recording -- has called his critics "lunatics'' and "kooky people'' and compared them to insects drawn to the bright light of his party's success.

“This browbeating by administration goes unchecked by the premier because it supports his objective," Guthrie said.

“In their minds, it’s OK to do things that are unethical or in poor taste if it is a benefit to their cause or a means to their end.”

Guthrie’s post is one of the lengthiest, pointed attacks on Kenney’s leadership since backbencher Todd Loewen called out Kenney a year ago. Loewen was immediately voted out of caucus, as was another Kenney critic, Drew Barnes.

UCP members are currently mailing in their ballots on Kenney’s leadership. Results are to be announced May 18.

Last week, Kenney called for all sides to stop the public attacks. He added that he has probably been too lenient on dissidents and promised that if he gets a majority in the vote everyone in caucus will be expected to fall in line.

“There’s this strategy led consistently by Jason Kenney himself of not disagreeing or explaining why the people that are criticizing them are wrong, but (instead) attacking them personally,” said Williams of Mount Royal University in Calgary.

“This is going to stoke anger. It’s going to increase division.”

This report by The Canadian Press was first published April 26, 2022.

Rent prices in Canada grew at a record pace last year as the country saw the lowest vacancy rate since 2001, the Canada Mortgage and Housing Corp. said.

The Toronto police will be rolling out an increased presence across the TTC following a rash of violent, and sometimes random, incidents on the city’s transit system.

Amsterdam has shared a time-lapse video of the construction of its brand-new underwater bike-parking facility.

Canada and the United States are laying out the details of their new bilateral workaround for the Nexus trusted-traveller system.

Liberal member of Parliament and former cabinet minister Kirsty Duncan has announced that she is taking an immediate medical leave due to a 'physical health challenge.'

Five former Memphis police officers have been charged with second-degree murder and other crimes in the arrest and death of Tyre Nichols, a Black motorist who died three days after a confrontation with the officers during a traffic stop, records showed Thursday.