EDMONTON -- A petition to reduce Edmonton Police Service funding has been signed by more than 8,500 people.

Black Lives Matter Edmonton is behind the local push – similar to that in cities across North America – for governments to invest more in communities rather than law enforcement. 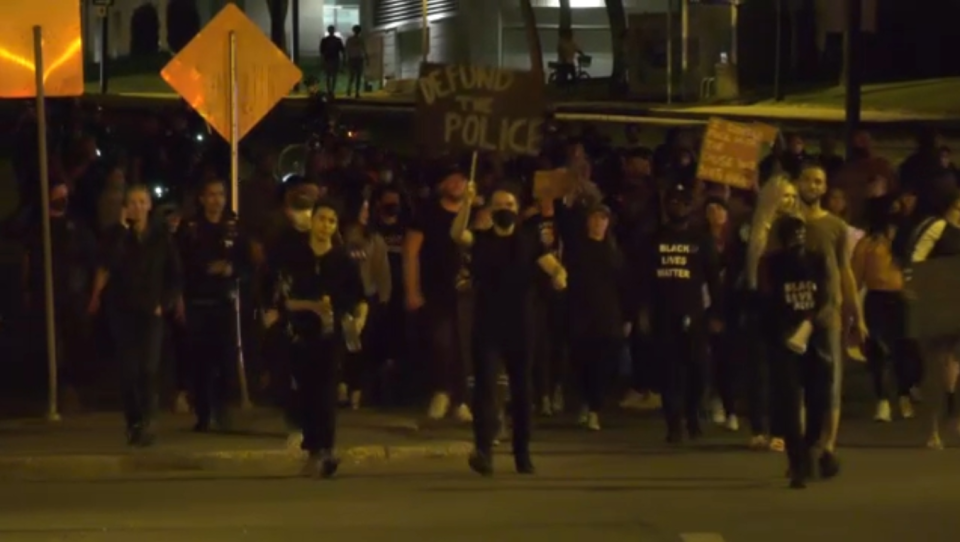 "Cyclical police violence against Black people, Indigenous people and other marginalized communities has persisted since the inception of policing in North America," the petition reads.

"Anti-Black practices, like carding, remain an entrenched tool the Edmonton Police Service uses to inflict harm on our loved ones."

A pre-written message to Edmonton Mayor Don Iveson and City of Edmonton councilors asks them to refrain from approving an increase to EPS' budget and also redirect a $75-million boost to affordable housing and mental health programming, free public transit, and community organizations that support marginalized people.

EPS' budget, expected to grow to $388 million in 2021, remains the city's largest expense, taking up nearly 15 per cent of the city's operating expenses.

Ward 10 Coun. Michael Walters told CTV News Edmonton is has never seen so much public correspondence on a single issue.

"As a white person I’ve always felt very confident in the police for the most part and protected by them, and the fact that so many of our citizens don’t feel that way is something that can’t be ignored," he said.

"I have some guilt about complacency that I’ve demonstrated in my time on council about issues like carding, which we haven’t dealt with in a real way, and I need to take responsibility on that as a leader in our city."

Black Lives Matter Edmonton declined to comment Monday, but was expected to speak to media on Tuesday.