New protein that could prevent Alzheimer's discovered at U of A 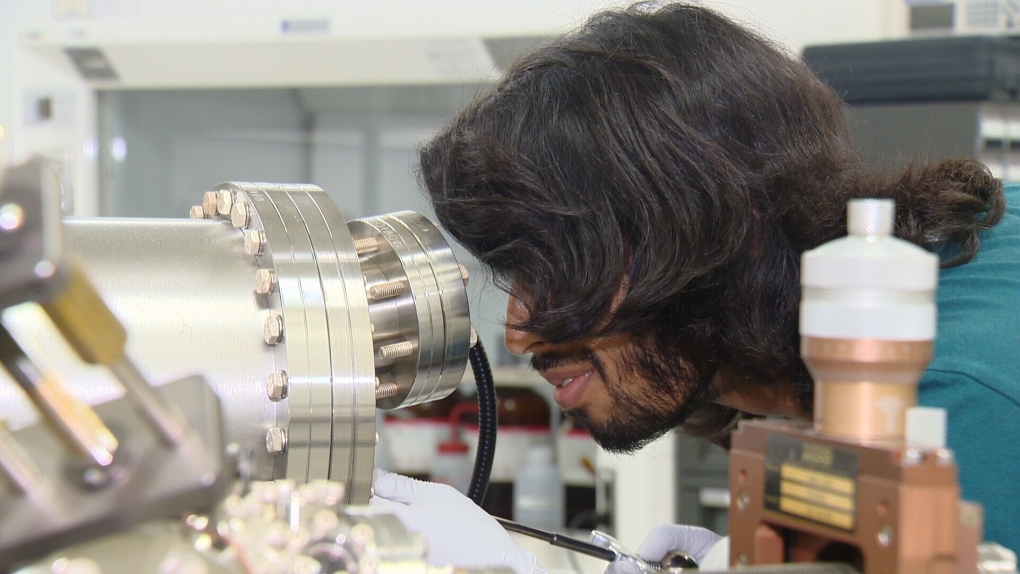 EDMONTON -- Chemists at the University of Alberta have made a discovery that could pave the way for new therapeutic treatments for neurodegenerative diseases including Alzheimer’s.

In a U of A study, scientists figured out how a plaque-fighting protein protects against Alzheimer’s and identified how the protein could decrease the chance of developing the disease.

The protein is called CD33 and there are two forms of it. Researchers have found the long version of the protein increases the susceptibility to Alzheimer’s and the short version of it decreases the odds of getting the disease.

Matthew Macauley, assistant professor in the department of chemistry, said the short version of the isoform “has a completely different and opposite function from the long isoform.”

“The short version of the CD33 protein makes immune cells in the brain, called microglia, better able to consume plaque-causing proteins, which contrasts to the long versions of CD33, which we previously showed represses this process,” he explained.

According to the study, roughly 10 per cent of the population has a different version of the CD33 protein that causes them to make more short forms of the protein. Macauley explained that means that 90 per cent of people could benefit from a therapeutic intervention.

“Our ultimate goal is to translate this new information into a therapeutic treatment strategy,” he said.

This new research builds on Macauley’s previous work studying the protein. He said the department has secured new funding, which means the laboratory will start pursuing different avenues for therapeutic treatment options.