EDMONTON -- A police standoff west of Edmonton in Parkland County that prompted an emergency alert Saturday afternoon is under investigation after one of the armed suspects was shot by police.

EPS responded to a reports of a stolen vehicle on Saturday afternoon around 12:05. The suspects involved in the incident were still on scene at a property near 218 Street and Stony Plain Road, according to police.

“As the EPS cruiser approached the stolen vehicle, the suspect vehicle rammed the EPS vehicle, before entering into a criminal flight at a high rate of speed travelling west of the city,” said EPS in a news release.

EPS followed the vehicle, which eventually turned west towards Enoch Cree Nation on Highway 628 and came to a stop. Police said the people inside the vehicle got out and “shots were exchanged between the suspects and the EPS member.”

The suspects then got back into the stolen vehicle and fled, but rolled the vehicle and trailer into a ditch and fled on foot into a nearby farmer’s field.

Mounties said in a tweet at 2 p.m. that armed suspects were at large and encouraged residents to stay in their homes or shelter in place. 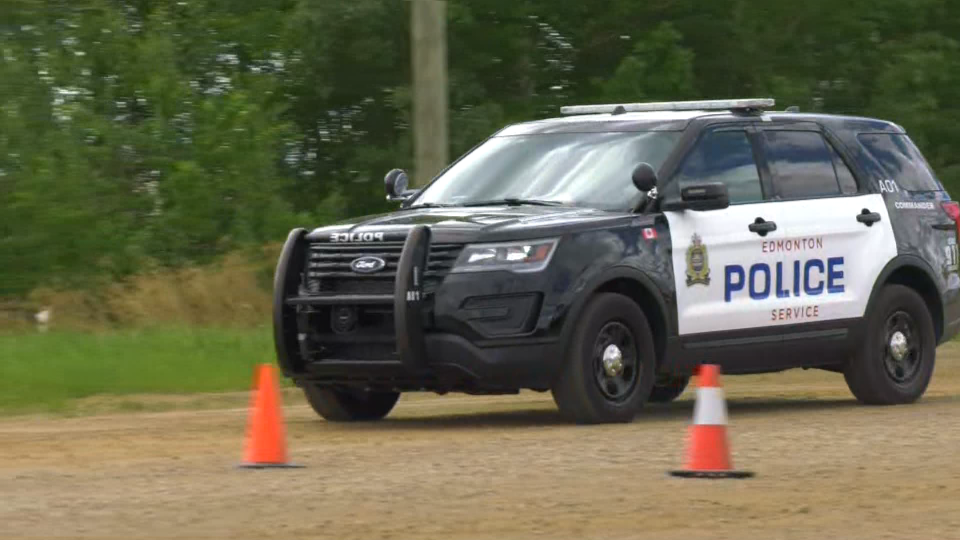 The alert was in effect until 4:24 p.m. when officials said there was no longer a danger to the public and that two suspects were in police custody.

Police told CTV News Edmonton that while an alert was originally issued for two suspects, there were three suspects. RCMP later clarified that there were only two people police were searching for but could not say where the mixed information came from.

EPS and RCMP searched the area with drones and an Air 1 helicopter. Two suspects were found in a treed area and arrested. 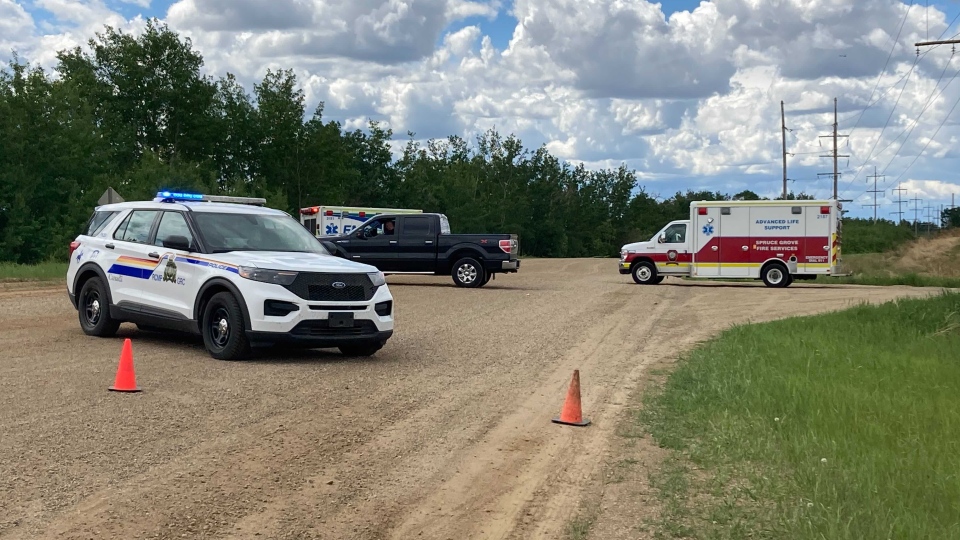 Police formed a perimeter around what they described as a "containment area" on Saturday during an incident involving armed suspects in Parkland County, Alta. (CTV News Edmonton)

RCMP said no officers were hurt during the standoff.

Highway 628 between Highway 60 and Range Road 264 will be closed for the remainder of the day as police continue their investigation.

On Sunday, police released the names of the two suspects involved in the police incident and the charges they faced in connection with the incident.

Cody Gregory Goebel, 31, who police say was the passenger in the stolen vehicle and who was shot by an officer faces charges of:

Ryan David Goebel, 32, who police say was the driver of the stolen vehicle faces charges of:

The two men facing charges in relation to the incident are brothers. According to Edmonton police, drug-related charges may be laid.