EDMONTON -- Newly released statistics reveal a troubling toll is being taken on Canada's youth during the COVID-19 pandemic.

The nationwide numbers from Children First Canada show suicide attempts among the country's younger population are up by 100 per cent.

The same study suggests admissions for substance abuse for minors has increased by 200 per cent.

And in a study of children six to 18 years old, 70 per cent said their mental health is suffering during the pandemic.

Next week's K-12 return to Alberta schools is a welcome development for the Blackfalds, Alta., mother of three.

Since the beginning of the pandemic, she's seen her kids' hockey and dance activities come to an end. She says her youngest son has never even experienced a field trip. 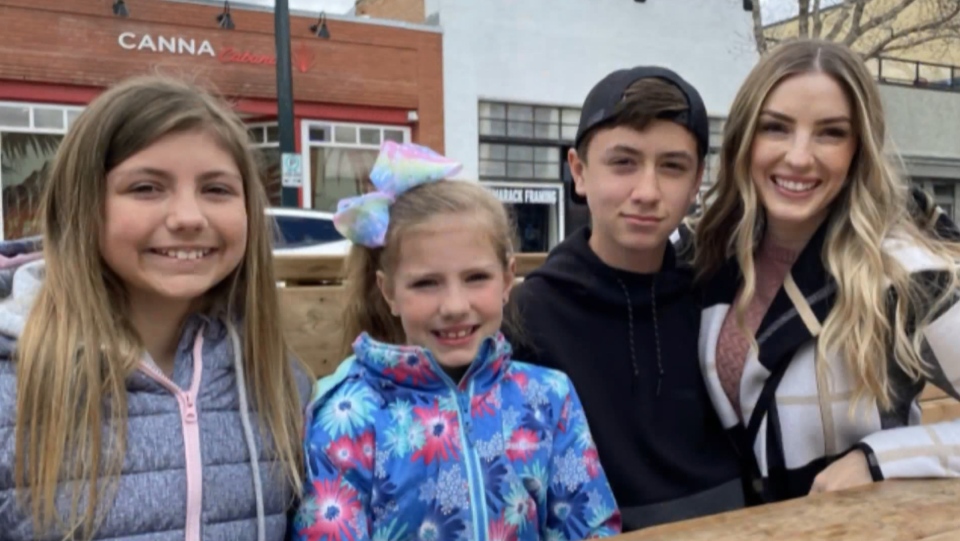 "We try our best as parents for them to know that they’re loved and to know that there’s hope, and we try to live as normal as we possibly can with these restrictions in place, but I really do see how this has affected our kids," said Dirk.

One agency in Alberta is trying to make a difference. Partners with Alberta Health Services and funded by Blue Cross and the Stollery Children's Hospital Foundation, Kickstand is using young people to send positive messages by text to Alberta youth.

"Just provide a daily dose of inspiration and advice to a young person's phone via text message," Kickstand's Jenny Le told CTV News Edmonton. "It’s designed to help them shift their perspective and give them something positive to build on."

As for Dirk, she says with the stress of pandemic restrictions, she's happy there's an organization out there trying to make a positive impact on children's mental health.