$27K worth of drugs, weapons seized in Red Deer 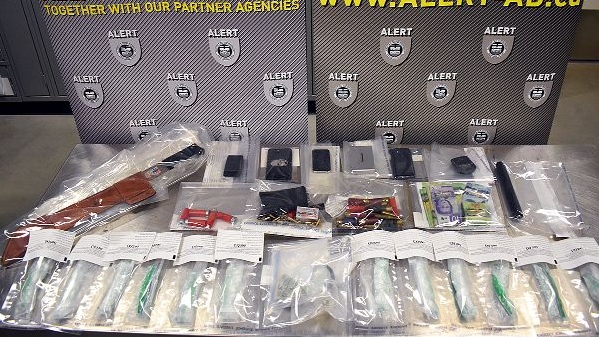 EDMONTON -- Four people are facing charges after police seized $27,000 worth of drugs and weapons in Red Deer last week.

Dallas Griffin, 31, Thomas McCrea, 45, Shelley Baker, 54, and Chance Pinyon, 35, were each charged with two counts of possession of a controlled substance for the purpose of trafficking and one count possession of proceeds of crime, ALERT said.