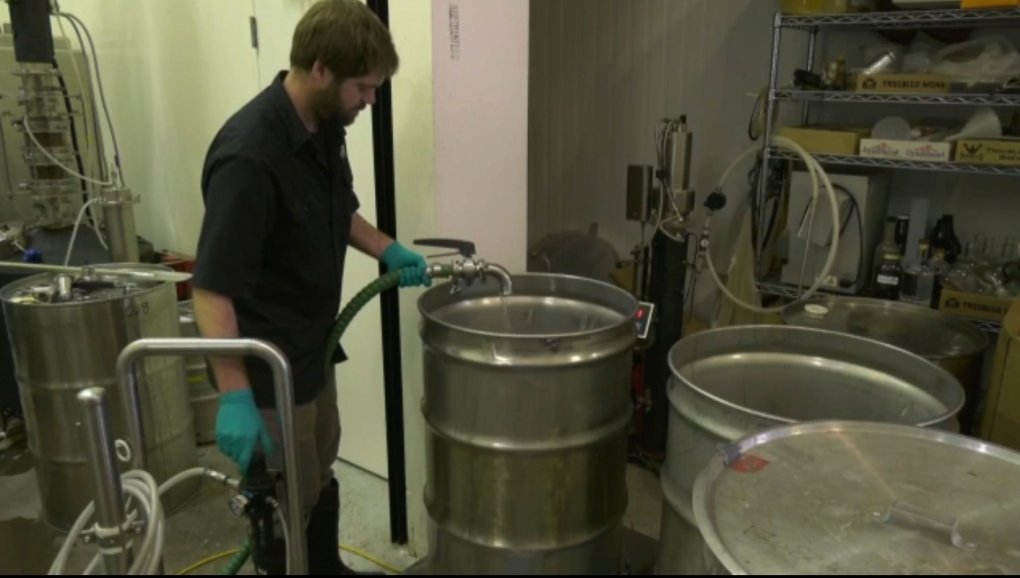 RED DEER -- A local brewery in Red Deer has started making and selling hand sanitizer. The Troubled Monk started producing hand sanitizer after the COVID-19 pandemic hit Alberta resulting in many restaurants and businesses having to shut down. Troubled Monk owner Charlie Bredo said he had to find a way to keep his brewery open.

"I had to seriously think about what we were going to be able to do to keep as many people working as long as we can and to keep our lights on," said Bredo.

He read about distilleries in the United States producing their own hand sanitizer and thought to do the same. Bredo said the venture is intended to help the community, and, at the same time, keep his business open.

"I heard about some distilleries in the states making hand sanitizer and I, more or less on a whim, just thought well let’s try this," said Bredo.

"We could help the community and that will at least get us through a few days of keeping the guys busy."

Bredo said he called his brother and told him to find a recipe for hand sanitizer online. His brother sent him a recipe from the World Health Organization.

"That’s where it started, and we took it from there."

Distilleries and breweries are in a unique position because they have a license to handle alcohol—the main ingredient in hand sanitizer.

"We’re use to dealing with high proof alcohol," said Bredo.

"This is literally just a different recipe and a different process, but using the same principles that we are already very comfortable with," said Bredo.

Bredo said he gets his alcohol from relationships that he has established over the years in the industry. He orders the other ingredients from a couple of chemical suppliers, but he said the demand is high for all of the ingredients.

"The ingredients are harder and harder to get because the demand is so high right now and a lot of companies are getting into this," said Bredo.

"Hopefully we will be able to keep up with the demand and give the community what they need before we run out of stuff."

An area of concern is individuals hoarding products and then attempting to sell them online at a hiked price. A Vancouver couple, recently, was found purchasing large quantities of Lysol wipes from Cotsco and selling the wipes on Amazon. Bredo said he has come in contact with individuals who he thinks are trying to do the same with his brewery's hand sanitizer, so he will be establishing a two package per buyer policy.

"We’ve got some calls from people that I think are looking just to re-sell it," said Bredo.

"That’s not the intention here."

Bredo said he is happy that he can help the community during this unprecedented time.

"Every business and person out there just wants to do whatever they can to help."