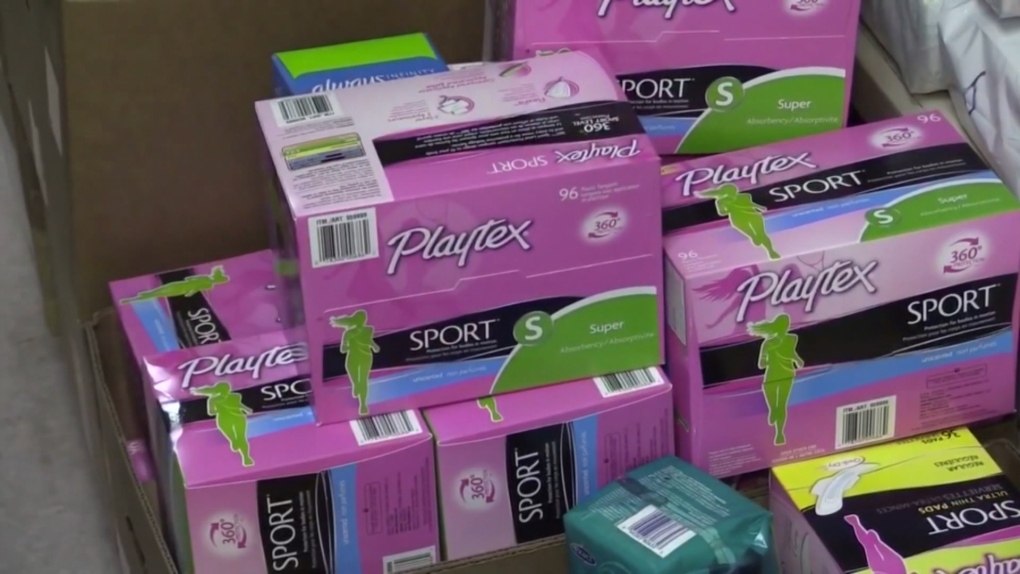 In partnership with United Way Central Alberta, the city will launch a year-long pilot project where free menstrual products will be offered to employees, clients, and the general public at City Hall, the Collicutt Centre, and G.H. Dawe Community Centre.

Over the next few weeks, the city will install dispensers in all three facilities' washrooms, which officials say were chosen for their varied locations throughout Red Deer and to capture a diverse set of people who access programs and services.

The pilot is expected to be ready for users by mid-June, city administration said.

"We are so pleased the City of Red Deer is taking a leadership role with us in addressing this important equity and human rights issue," said Chelsea O'Donoghue, United Way Central Alberta CEO.

According to an anonymous survey completed as part of that school's pilot, seven per cent of respondents indicated they had missed school or wanted to miss classes as they didn't have menstrual products available.

"We know that over half of people who menstruate have struggled to afford products at some point in their life, and that lack of access can be a barrier to school, work, and other activities," said Sarah Tittermore, community services general manager.

"Our goal is to ensure that users of our facilities feel comfortable and safe accessing these necessary products," Tittermore added in a statement.