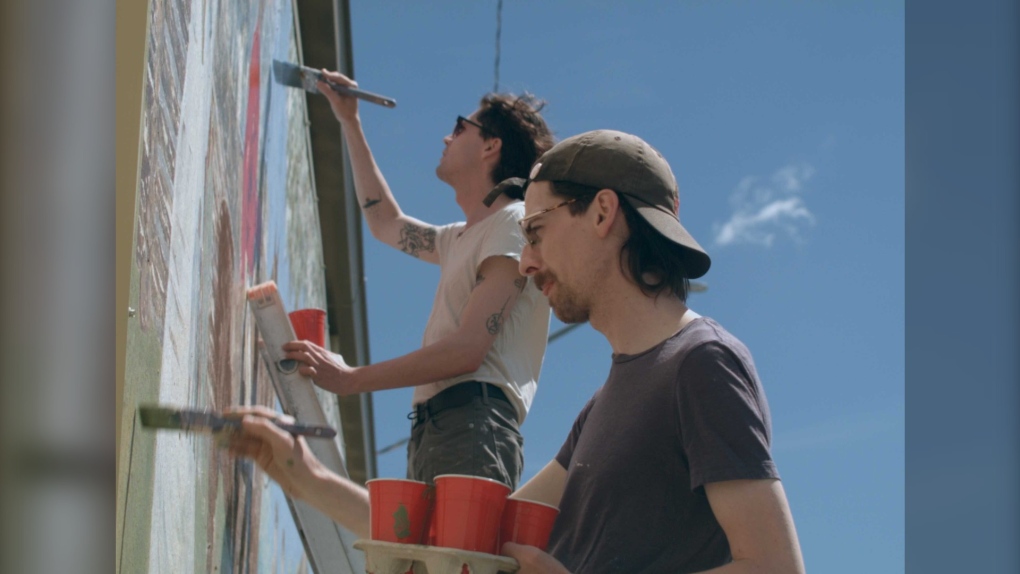 Two artists and siblings have returned to their hometown of Bashaw, Alta., to restore a mural and reconnect with the community.

Derek and Kyle Simmers, who now live in Toronto and Calgary, respectively, came back home to Bashaw in late June. They had been commissioned by the town’s Beautification Committee to restore a 40-foot mural on the side of the Bashaw Arena.

“It was pretty degraded at that point,” said Kyle. 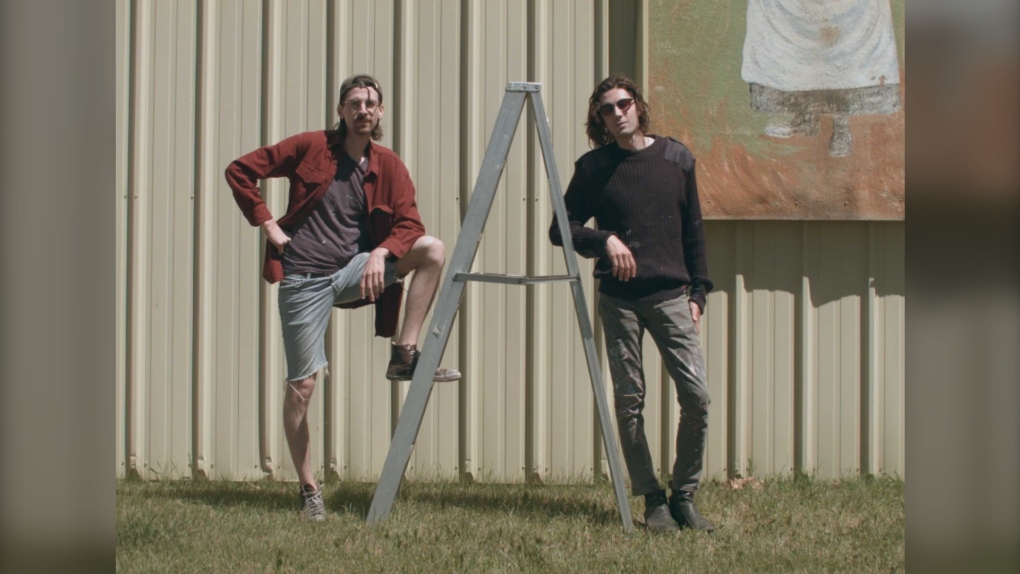 “The 34 years of sunlight had not been kind to a lot of the darker pigments which were washed away.”

The mural was originally painted in 1987 by Dave More who was also one of Kyle’s instructors at Red Deer Polytechnic.

“I contacted Dave More right away to find out what it was painted with, what it was sealed with, and also to get Dave’s blessing on reimagining the project in some way,” said Kyle.

The mural showcases some of Bashaw’s history with images of the town’s first school teacher, one of the first children born in Bashaw, and the town’s main street, which the siblings remember from their childhood. 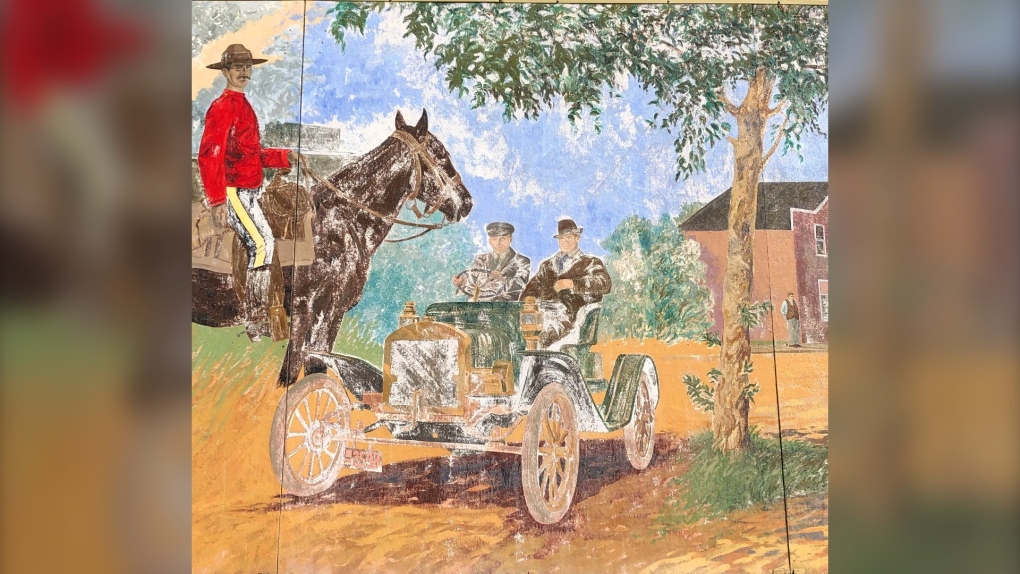 “The vast majority of those buildings are still standing, so that’s the landscape that I grew up in,” said Kyle.

“That’s the world that I’m still quite connected to.”

The two siblings have worked together on multiple murals in Calgary, but this is their first restoration. 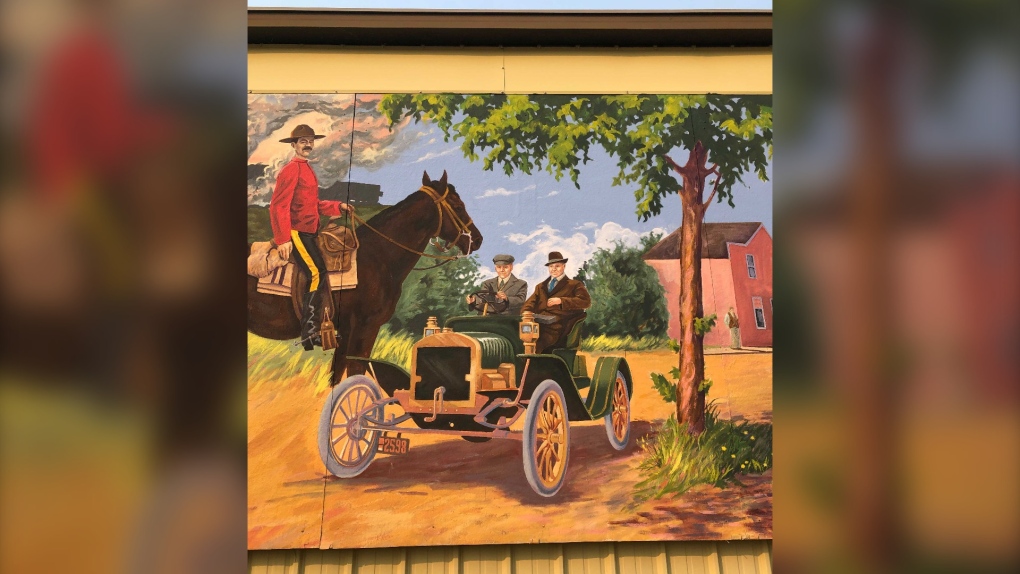 “A lot of the design is already there which is where I like to play a lot of the time,” said Kyle.

“Finding spaces where Derek and I can sort of bring our own voice into the painting, and still respect the original work, is kind of the balance and the dance that we’re doing with this project.”

Both siblings have been through art school which Derek said is proving to be very beneficial.

“We haven’t really done anything quite like this before or worked at this level of realism,” said Derek.

“We’re kind of looking back on some of the arsenal that we picked up in art school, and earlier on, to bring it back to life.”

They’ve been working on the mural for more than two weeks, eight to 10 hours a day, depending on the weather, and expect to finish the restoration by early next week.

“If you’re on a roll, the time kind of flies by,” said Derek.

“You definitely get into that kind of flow state if it’s really working well.”

While the mural has been a way to use their talent, it’s also been a great way to reconnect with the town and thank the community that raised them.

“Being able to interact with the people who took care of us growing up and having their gratitude expressed to us as we’re working on this feels really good,” said Derek.

“I think there’s something very Joseph Campbell ‘The Hero’s Journey’ about that, about going out and gathering your resources and bringing them back and enriching your home community,” said Kyle.

They also will be revamping the typography on the Bashaw Fire Hall Museum and painting an original mural in the town’s main street.