Renovated City Hall fountain to be open for spring 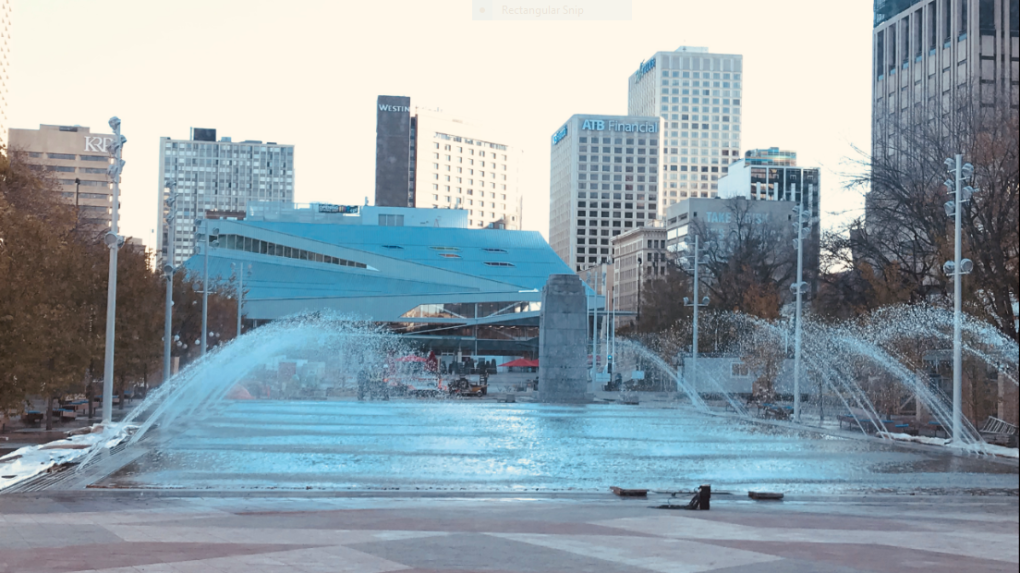 The plaza outside of Edmonton City Hall has been under renovation since April of 2019.

EDMONTON -- The fountain outside of Edmonton City Hall will be open for the winter skating season ahead of its full opening in the spring, the city says.

The renovated fountain was unveiled to media on Monday. It features 420 jet nozzles, can be filled in one hour and has a new granite surface and lighting.

The updated pool will be shallower than before and will also double as an ice rink during the winter months.

"We've got to do some testing and get it winterized," said Eugene Gyorfi, a program manager for the city.

Gyorfi says the project is awaiting some final testing and inspections.

“We just wanted to test it before winter and then shut it down."

The fountain was initially planned to reopen during the summer, but the city says wet weather put the project behind schedule. Gyorfi says the subsequent cost overruns were born by the contractor as per its agreement with the city.

Construction on the 25-year-old fountain began in April 2019 and is estimated to cost just over $17 million.

Today, we shared a demonstration of the rehabilitated City Hall Fountain!