EDMONTON -- A rezoning application in central Edmonton is generating backlash from area residents.

The proposed changes would allow a crematorium to run less than 100 metres from their homes.

Trinity Funeral Home bought the unoccupied building at 11406 119 St., with the intent to operate a crematorium along with other interment services.

Before the crematorium is allowed, the property must be rezoned to Industrial business (IB).

“Of course everyone in our neighbourhood was upset about it,” Prince Rupert resident, Marilyn Dumpkee, said.

“I’ve seen the hearse back up there already.”

On top of its close proximity, neighbours are also voicing concern over the emissions that come with burning bodies, such as toxic air quality and pollution.

“A crematorium isn’t just self contained, it is a stack with emissions,” Dumpkee said.

Bev Esslinger, Ward 2 councillor, weighed in: “I feel for them, I’ve also heard some of them have some cultural concerns about having that nearby.”

The proposal put forward for rezoning goes to a public hearing in two weeks and city administration supports it.

The report found there will be “no off-site or outdoor storage that would impact the nearby residential area.” 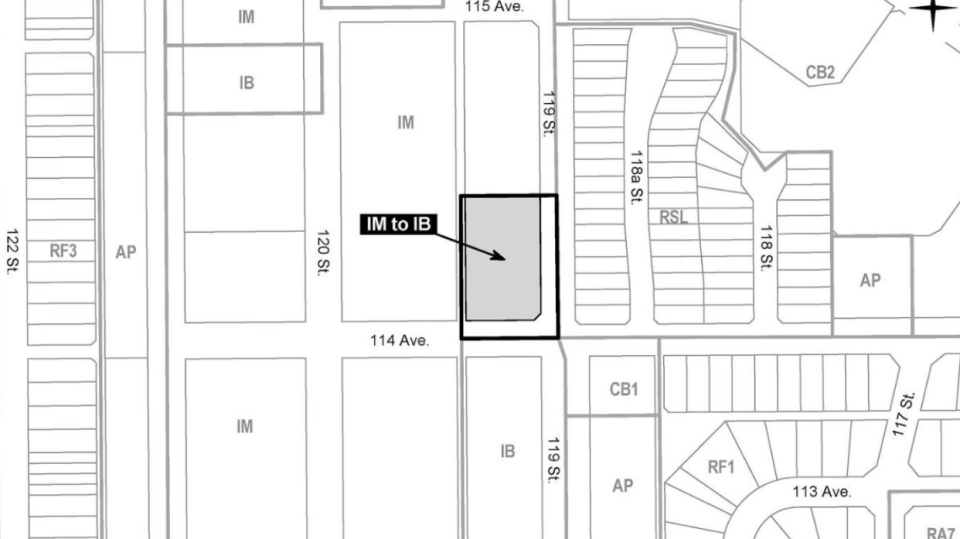 Now, residents are not only raising red flags about health risks, but also the impact a crematorium would have on property values in the area.

“I don’t think anyone would choose to live next to a crematorium,” Dumpkee said.

“If this goes through, I will consider moving, but what will my property value be when people know there’s a crematorium right in my backyard?” Carrie Anton, Prince Rupert resident, said.

Trinity Funeral Home declined an interview request with CTV News Edmonton. However, the co-owner Dennis Rego did comment and said they plan to be “perfect neighbours.”

Rego explained the funeral home can only legally perform a cremation two or three times a day which means emissions would fall well below provincial regulations.

The emissions assessment sent to residents shows even running eight hours a day. The crematorium would emit 17 per cent of what’s permitted.

“We just don’t want that in our neighbourhood. There’s lots of industrial on the outskirts of Edmonton that could accommodate this,” Dumpkee said.

At this point, residents are fighting for a new bylaw preventing crematoriums within 300 metres of a home.

“We’re outraged that there isn’t a minimum requirement for space between a proposed crematorium, and our houses,” Anton said.

“We are making a decision on is this an appropriate land use?”

The public hearing goes ahead on March 16.