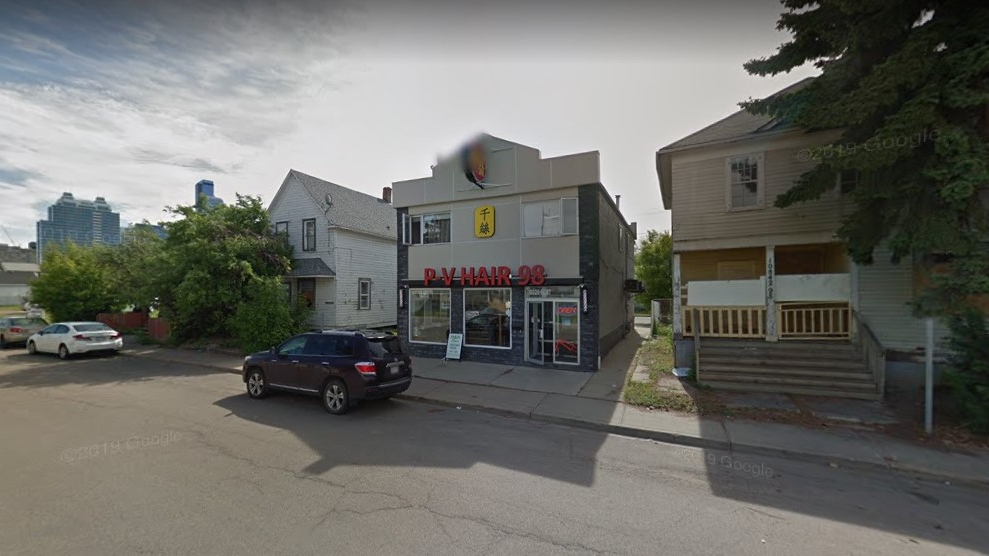 P & V Hair and Beauty Salon at 10838 98 Street NW was ordered to close by Alberta Health Services after it was found ordering despite a public health order prohibiting personal services like cosmetics. (Courtesy: Google Maps)

EDMONTON -- A second Edmonton salon has been ordered to close after it was found operating in violation of Alberta’s public health orders.

According to the closure order by Alberta Health Services, a man was seen getting his hair cut at P & V Hair and Beauty Salon at 10838 98 Street NW on May 2.

The owner and client reportedly locked the door and would not let in the investigating AHS officer in.

Salons were not allowed to operate in Alberta as of March 27, when Dr. Deena Hinshaw, the provincial chief medical officer of health, signed an order restricting gatherings to 15 people.

At the time, Premier Jason Kenney acknowledged the measures would be tough, but called them necessary to reduce the spread of COVID-19 in the province.

"We understand that behind every tough decision lies tens of thousands of jobs and business that will throw people into economic and financial anxiety," he said.

"But the more that we comply with rules like these being recommended by our public health experts, the faster we can get through all of this and restart our economy."

Another Edmonton salon was ordered to close April 30.

If a provincial relaunch goes to plan, these types of businesses could be allowed to run again as soon as May 14.

Non-urgent surgeries have resumed and parks were reopened May 4 as the first step.

Retail stores, museums and art galleries, summer camps and out-of-school child care spaces, and hair salons could be next to follow.

Businesses offering other cosmetic services, like tanning and body treatments, or manicures, would not open until Stage 2.