'Scary': What it's like being treated in Alberta's ICUs overrun by COVID-19

As COVID-19 hospitalizations increase, health-care workers are being stretched thin to tend to patients in the ICUs.

An Edmonton woman’s 84-year-old father went into the University of Alberta Hospital Friday morning for a brain bleed and stroke after he fell.

The hospital's atmosphere was like nothing Marie Troughton had ever seen before. She told CTV News Edmonton her father was examined right away but after that, he was put to the side as there were no available beds.

“The emergency was very hectic,” she recalled. “It was scary, actually. My dad was eventually taken to ICU but there was no bed open so it was just kind of a waiting game.”

As of Tuesday there were 822 Albertans in hospital with COVID-19, including a new pandemic high of 212 ICU admissions.

According to Troughton, the situation in the hospital was “horrific.” She said swaths of people were coming in and out and seemed to be left waiting in pain.

“They were just doing the best they can in there.”

She took a deep breath.

“I’m sorry I’m getting emotional. You have to be in there to know what I’m talking about.”

Troughton said hospital staff were working round the clock and while sitting in her dad’s shared room all she could hear was yelling and calls for help in the hallways.

“The nurses are overworked,” she told CTV News. “We’re scared to leave my dad.”

“I’m scared of what might happen when I’m not there. Even if he was attended to it doesn’t mean they’re going to come right away.” 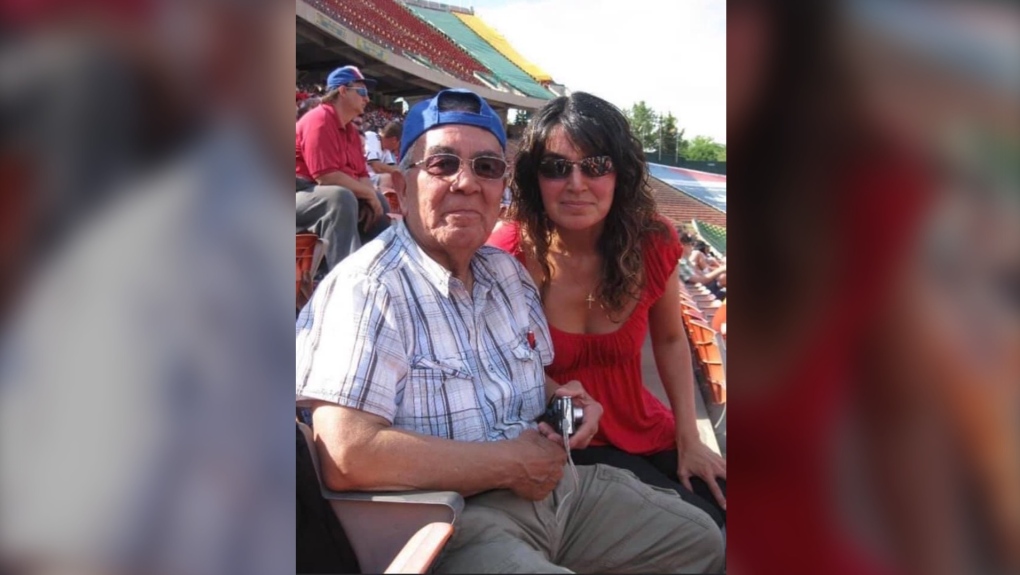 Since Friday, Troughton has taken on general duties to try and help out. She said she’s learned how to sponge swab, use the suction wand to clean out her dad’s lungs and, the worst thing, she noted, is emptying his colostomy bag.

“I never thought I would be in a situation like this,” she said, pausing to gather her thoughts.

“I’m very fortunate that I could be there for my dad for these days but it’s very overwhelming for your mental well-being. It’s hard on the body and just everything in general.”

Troughton had a message to share for families in a similar situation.

“If your situation is critical, they’re going to tell you right off the bat, ‘This is what your expectations are.’”

“You’re not only going to hear it once but probably nine times.”