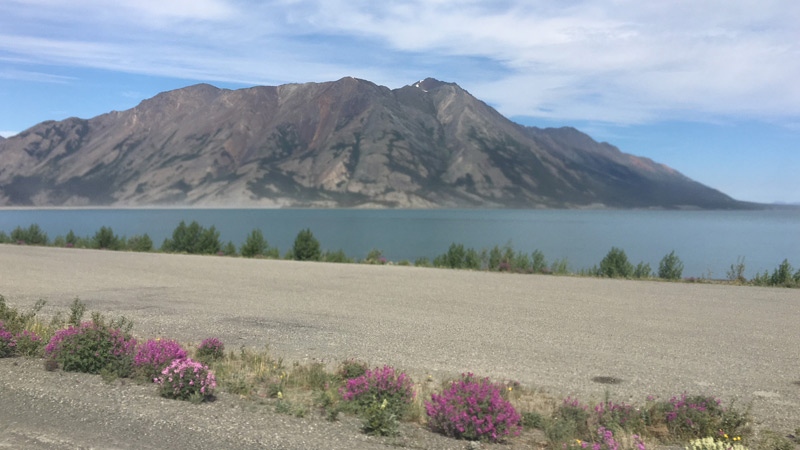 Was it worth your time?

Yes. This trip has been the most unforgettable of my broadcast career and I feel incredibly fortunate to have been able to go. It's something Dave and I will never forget. I have to thank our News Director Heather Kim and Managing Editor Rob McAnally for trusting us to go pull this off. I'm really looking forward to writing the feature and hope people watch. It's a little daunting to think about going back through the 10 hours of footage we have...but I know everything we shot had a purpose. We didn't stop driving to shoot something for the hell of it. Before I left I had a vision for what this story could be. It has evolved along the way, but the vision is brighter and clearer than ever.

Who else is driving the highway?

We noticed that most of the people who drive the highway are either a) Retired b) American or C) German.

On point A: There are not a lot of young families doing this drive and it makes sense. We did meet a few younger people/couples doing it, which was good to see. But since the drive takes so long, many remarked that they almost NEEDED to wait to retirement to experience it the way they wanted to.

On Point B) It's not all Americans, but I feel like it's at least 50/50. You also encounter many Alaskans doing the drive south. Dave made a point of taking pictures of state licence plates. He says he got about 17 different ones, but we 'saw' many more on the road. 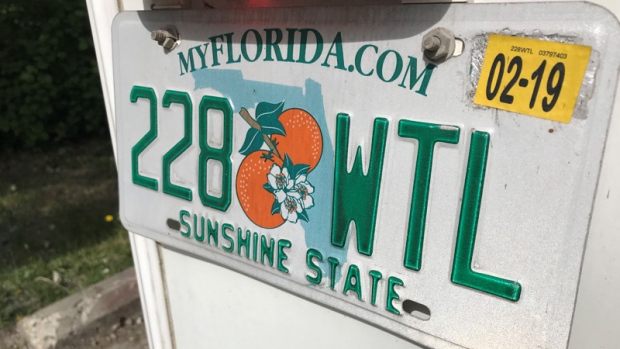 On Point C) Apparantly,there's a direct flight from Frankfurt to Whitehorse which explains all the German activity. There are so many, we noticed some businesses specifically catering to Germans by having some signage written in German.

The Alaska Highway is LONG. It's a LOT of driving. Now, we were working on deadlines, so it was imperative we keep moving. I can't compare this trip to doing it, say, in an RV, like so many people do and perhaps stopping more frequently. But if you ever do it, be prepared to drive a lot. It's unavoidable. So, if you don't like driving, it's probably not for you. But that's what tour buses are for I guess. It's a challenging investment of time, money, and mileage.

And for that investment, you do get something back: The beauty. There's just some spectacular scenery, as we've talked about. There are stretches that start to look the same. But as someone who has driven between Winnipeg and Saskatoon multiple times in my life, I would take these roads any day.

Will you ever be back?

That's a tough one. Destruction Bay was so cool. Whitehorse was gorgeous. Muncho Lake was beautiful. I'd love to show my girlfriend/future kids these sights. Part of me would like to have been able to get to Skagway and Anchorage...but it wasn't the purpose of this road trip to randomly sight see.  I WOULD go again, but I'm a person who enjoys experiencing new places when I travel. I would probably drive (or fly) someplace new instead. I'm never saying never, but I would honestly go someplace I've never been before, before returning to someplace i have already been. However, I WOULD recommend it.

What was the best part?

All the people you meet. If the Alaska Highway was desolate and without traffic, I don't think it would be the draw that it has become. There's this intangeable comraderie or spirit you feel with others on the Alcan Highway, especially on the way up. Most people you talk to for less than a few minutes. But some people you connect with and chat withfor a while...like Joe, Petar, and Joerg. We didn't 'interview' these people. But in my mind, those encounters are as much part of the story as anything.