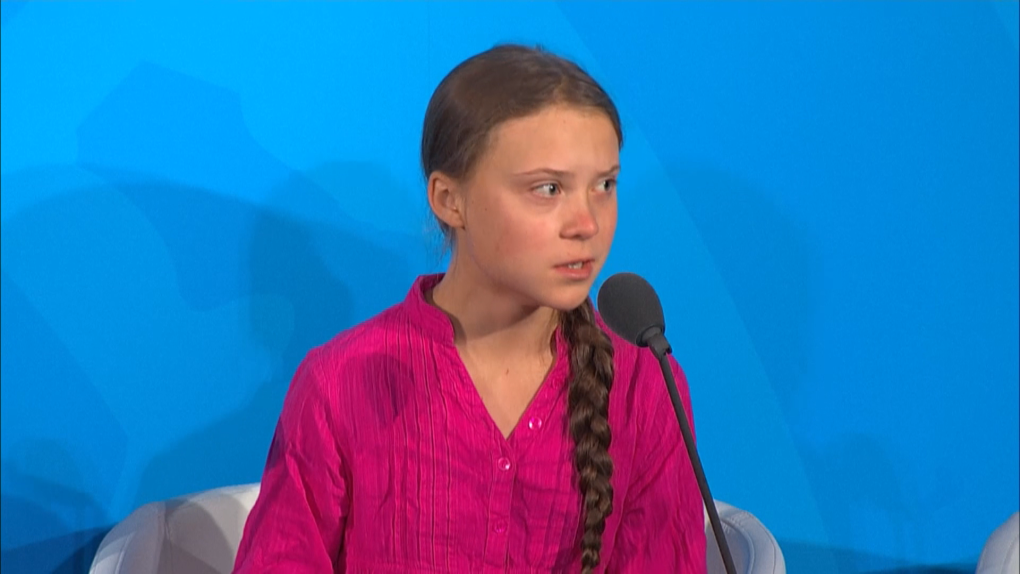 EDMONTON -- Edmonton police and bus drivers are preparing for another climate march and ensuing counter-protests when Greta Thunberg comes to town Friday.

Thunberg, the Swedish teen activist who has been making waves for accusing world leaders of letting youth down in their fight against climate change, will join Edmonton youth and climate activists in their march from Beaver Hills House Park to the Alberta Legislature grounds.

A pro-oil and gas convoy will counter-protest the climate march.

"The presence of Miss Thunberg does not change the EPS' priorities."

The city also said there could be last-minute changes for routes along Jasper Avenue.

Watch a livestream of the climate march at CTVNewsEdmonton.ca starting at 11 a.m.