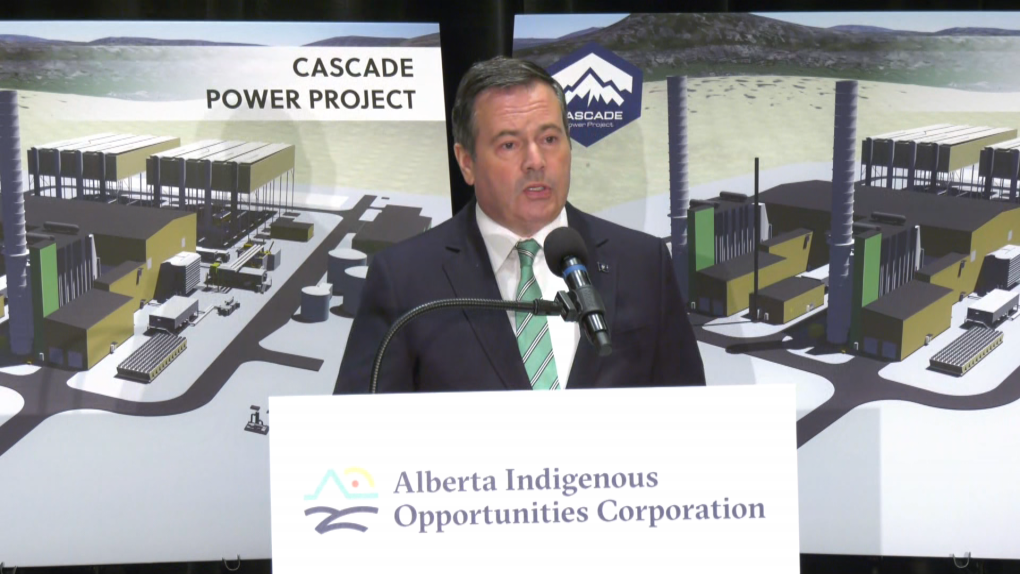 Premier Jason Kenney announces on Sept. 9, 2020, the Alberta Indigenous Opportunities Corporation will provide a loan guarantee to a consortium of six First Nations to invest $93 million into the Cascade power project near Edson, Alta.

EDMONTON -- The first move by a $1-billion Crown corporation, newly created to support Indigenous involvement in major resource projects, will be to provide a loan guarantee to six First Nations to secure a stake in the Cascade Power Project by Edson, Alta.

Together, the nations will invest $93 million in the Kineticor Resource Corp.-owned project.

“It wasn’t easy. It wasn’t straight forward. It took a lot of back and forth,” Premier Jason Kenney said at the Wednesday announcement.

“But the chiefs who led this project and the (Alberta Indigenous Opportunities Corporation) board and executive worked through this and found a solution that ensures a reasonable level of risk for taxpayers and a reasonable level of equity and cash flow for the First nations. It’s a win-win.”

“It is my great hope that what we have accomplished becomes a national blueprint for how major energy projects like the Trans Mountain pipeline and other infrastructure projects can be structured and financed on commercial terms to include Indigenous people,” Chief Tony Alexis of the Alexis Nakota Sioux Nation added.

“We are certainly willing and ready to share our experience to assist and advance the case for Indigenous asset ownership.”

Cascade will supply an estimated eight per cent of the province’s electricity when it is completed in 2023. Construction is starting “immediately,” Kenney said, and will create 600 jobs during the peak.

Fuelled by natural gas from Alberta’s northwestern gas fields, Cascade is also expected to reduce carbon emissions from energy production by as much as five per cent.

The Alberta Indigenous Opportunities Corporation (AIOC), created in 2019, is meant to allocate up to $1 billion in financial support, like loan guarantees, to qualified First Nations vying for an equity position in major resource projects.

Kenney called Wednesday’s announcement “the first Aboriginal equity investment in an Alberta resource project, backstopped by the faith and credit of the Alberta Crown.”

When it was created in November 2019, the AIOC was called by government and Indigenous parties “historic” and an opportunity for First Nations to become “true partners.”

Indigenous groups as defined by the Indian Act are eligible to apply to the AIOC.