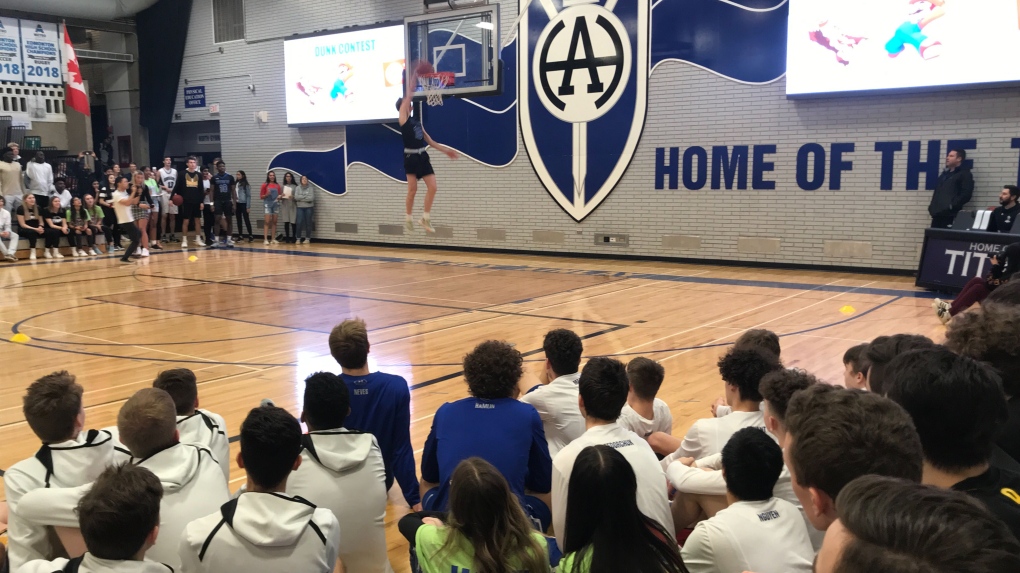 The 46th annual Tri-Prov Basketball Tournament kicked off with a slam dunk contest at Harry Ainlay High School on Feb. 14, 2020.

EDMONTON -- Student athletes from across western Canada showed off their slam dunk skills on Friday to kick off a long-running basketball tournament.

The showcase, hosted at Harry Ainlay High School, was part of a student-driven opening ceremonies that included a three-point shooting contest, live music and dance performances.

Athletic Director Tyler Greenslade said there was a lot of ability in the competition.

“There’s some pretty talented kids, and when you can take some from across western Canada, like I said, we’re going to see some awesome dunks," Greenslade told CTV News Edmonton.

"And the kids love it, which is awesome.”

The first Tri-Prov tournament was hosted by Harry Ainlay in 1974 as a senior men's series. It has since expanded to include several age groups of men's and women's teams.